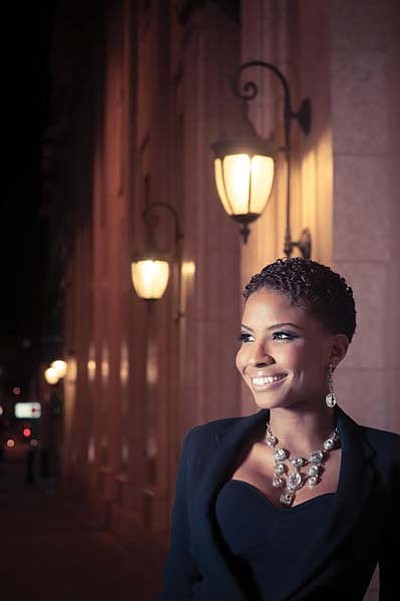 Fifty years ago, the musical world heard tunes from the likes of the Mamas and the Papas, The Rolling Stones, Simon and Garfunkel and Nancy Sinatra. You can relive those tunes at the Prescott Elks Theatre and Performing Arts Center at 7 p.m. Saturday, Jan. 16, with Lonely Street Productions' "Class of '66," the annual salute to the Billboard Top 100 singles from 50 years ago. Starring Brady Goss and Crystal Stark, it's quite the trip down memory lane.

Stark, who was in Lonely Street's "Doo Wop Divas" show, said she was asked to perform in this show and decided to do it because it sounded fun. The whole experience has been an enjoyable blast, Stark said. She has really liked doing the Sinatra songs, which Stark had not sung before, she said. The audience loves it too. As for Goss, his favorite to perform is Percy Sledge's "When a Man Loves a Woman."

"It really gives me a chance to belt it out without thinking a lot," Goss said. He had previously been in Lonely Street's "Good Rockin' Live" show, which was a tribute to Sun Records.

But Stark has the most fun with her costume changes as well as altering her voice for the various songs. She spends a lot of time picking out outfits to match the songs, she said.

The costuming, along with the variety of the music within the show, has been something the audience really enjoys, Goss said.

The show itself has a full sound, Stark said. A lot of people are pulling double duty and there is a diverse mix of talent, she added. Along with Stark and Goss, Joe Murphy performs on guitar and vocals while Evan Dain and Cory Boone play bass and drums. Goss said he doesn't think he's worked with a more talented group of musicians, mentioning that they've given him a "run for his money."

Tickets are $25 for adults, $22 for seniors and $30 for opera box seats and are available online at www.prescottelkstheater.com, by calling 928-777-1370 or at the door one hour before the performance.

Songs performed include "Yellow Submarine," "I'm a Believer," "Wild Thing" and "Paperback Writer." These give the show a really nostalgic, feel-good time that take people back to earlier days, Stark said.

"It brings back memories and moments; it's great music," she said. "People can sing along and take a trip down memory lane."