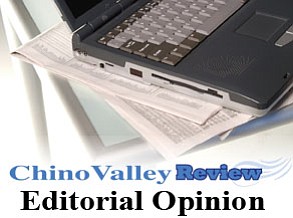 The movie Concussion (starring Will Smith) hit theaters at Christmastime, roughly at the same time wide receiver Odell Beckham Jr. was called for unnecessary roughness. His play led to his one-game suspension by the NFL for initiating "forcible contact." That means Beckham could have caused a concussion or worse in the player he hit.

We have heard about concussions and rough play before. In fact, in 2015 it seemed like more and more youth players died as a result of hard hits (last count was 19 - more than the average of 9.2 per year in the previous 10 years). And, this past fall tri-city area prep football coaches learned techniques, such as for tackling, to help their players play clean and avoid serious injuries.

Obviously all in football are trying to avoid the problems that unnecessary roughness brings. But where does the National Football League stand on concussions?

Will Smith's character, forensic neuropathologist Bennet Omalu, has brought America's sport kicking and screaming out of the shadows. Omalu performed the autopsy of Hall of Fame Steelers center Mike Webster in 2002. Webster died at age 50 after experiencing dementia and depression. Omalu found in his brain evidence consistent with CTE (chronic traumatic encephalopathy), which most of us previously knew only as a player or boxer who was "punch-drunk." Problem for the NFL is Webster was the first of many CTE diagnoses in deceased former players - now at 87 and counting, according to Sports Illustrated.

The NFL says it has "protocols that we implemented, research we are doing, coaching changes we have had, in taking certain techniques out of the game. What you are seeing is an incredible amount of progress and real impact," NFL commissioner Roger Goodell said in a news conference before Christmas.

Now that the dangers of the game have hit the big screen, I have to wonder if Beckham would have received the same "sentence" if this were 2014, 2013 or even 10 years ago.

Clearly the NFL is looking to the future, working to put its past and controversies behind it. Goodell has announced the latest winners in the Head Health Challenge, an open innovation program sponsored by the NFL and GE to invest up to $20 million in new technologies that may lead to better diagnoses or prevent traumatic brain injuries. Examples include improved synthetic turf to soften the playing surface and a new helmet designed by the University of Washington to lessen impacts.

Forgetting that the NFL agreed to pay $765 million to settle the lawsuit brought by 4,500 players alleging that the NFL concealed the dangers of head trauma, this should be ringing bells for parents and young players themselves.

Sure professional football players receive compensation and they know what they're getting into. Fact is not all of them are millionaires and the fame and fun of playing for pay could be too much of a draw.

Still, the NFL players union is encouraging players to see the movie, with the goal of fixing the dangers of the game. As for doctors and the medical world, their message is obvious: continued hits and concussions may lead to irreparable damage or death.

This movie, simply put, reminds us to think first, consider the dangers, advocate for cleaner play, push for safer equipment, and for the game to put players' health above touchdowns ... or profits.

I certainly would think twice before playing or allowing my child to do so.