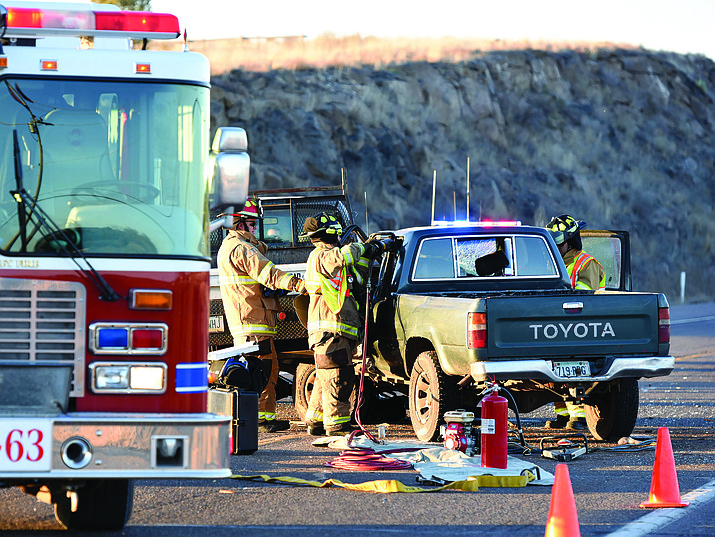 A three-vehicle collision on Highway 89 at 5 p.m. Thursday, Feb. 25, resulted in one victim's death and minor injuries to another, according a spokesman from the Department of Public Safety.

Salvador A. Estrada, 21, was killed when the vehicle he was driving struck a second vehicle that was waiting to make a left turn.

The driver of the vehicle that was struck was taken to Yavapai Regional Medical Center, treated and released.

A third vehicle, headed the opposite direction, was sideswiped. Neither person in that vehicle was injured.

"Alcohol or drug impairment do not appear to be a factor, but (the cause was) most likely inattention by the deceased driver," said DPS Capt. G R. Manera. "There are no criminal charges pending on this investigation."

Chino Valley firefighters work the scene of a three-vehicle fatal car wreck on Highway 89 near the intersection of Little Ranch Road in Paulden Thursday evening, Feb. 25.

The cause of the collision is under investigation by the Department of Public Safety.

One minor injury was also reported.

Further details were not immediately available.