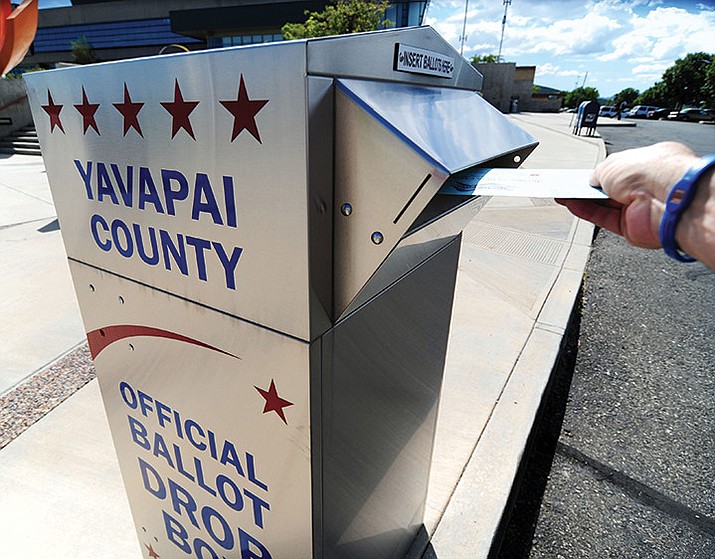 PHOENIX - A group of political independents is making a last-ditch effort to give them a voice in Arizona's presidential preference primary.

Cathy Stewart, national vice president of Independentvoting.org, said Monday, Feb. 22, that state lawmakers are half right in objecting to the fact that all Arizonans pay for the quadrennial event even though more than one-third of those registered to vote cannot participate.

The state House voted 37-22 earlier this month to wipe out the primary after this year's March 22 event. That will leave it up to each party to decide how it wants to choose delegates to the national convention.

And that could be anything from party caucuses to privately run primaries and even, if the parties want, letting party leaders make that decision.

She noted there are more than 1.2 million independents in this state, making up close to 37 percent of all registered voters. By contrast, there are just slightly more than 1.1 million Republicans and fewer than 920,000 Democrats.

So her solution is to keep the primary - and the state funding - and just open the doors to everyone.

"We don't think it's right for private organizations to use taxpayer dollars to fund an election that excludes 50 percent of young people who are registered," Stewart said.

That's the same argument being made by Secretary of State Michele Reagan. But she supports HB 2567 to wipe out the state-run primary entirely rather than open it up.

There is an alternative for independents - or, at least, there was one: Reregister with one of the major parties. The deadline for doing that for the March 22 event, however, was Monday.

Stewart, however, said that's not an answer.

"That's the exact point independents are making," she said.

"They don't want to join a political party in order to be able to exercise their fundamental democratic right to vote," Stewart continued. "Independents view that as a form of coercion."

That, however, goes to the question of political association. The issue of taxpayer funding aside, should independents be able to affect who becomes the standard-bearer for each party?

But Tim Castro, state campaign director of Independent Voters for Arizona, said independents are not asking to make the decision for the parties of who will be their candidates, even if they do outnumber party faithful.

"We're asking for access to the voting box," he said. And Castro said being able to weigh in at the general election in November is not sufficient.

But Stewart insisted that does not end their efforts.

"We're not going to stop our call for the Democratic and Republican parties, who actually have the ultimate authority to do this, to open their presidential primary process to 1.2 million voters in the state," she said.

Matt Roberts, spokesman for Reagan, said his boss would support opening up the presidential preference election to independents - but only if the Republicans and Democrats were to ask.

To date, they have not.

There is precedent in Arizona for giving independents a role in selecting partisan candidates.

Prior to 1998, the primary elections for federal, state and local offices were like the presidential preference: limited to those registered with that party. That year voters agreed to allow independents to participate to a limited degree, permitting them to choose the ballot of either major party.

That measure was supported by both Democrat and Republican officials as preferable to plans for a wide-open primary where voters would get to pick and choose among races, for example, casting a ballot in the Republican gubernatorial race while wanting a voice in the Democrat legislative race.

The push comes as a group is pushing to create an open primary system in Arizona for federal, state and local offices - but not the presidential primary - where all candidates run against each other. Then the top-two vote-getters face off in the general election, even if both are registered with the same party.

Voters must commit to party: Monday is deadline to register for Presidential Preference Election
Voters must be registered Democrats or Republicans during primary
Column: Do you support Proposition 121?: YES
Voters must register by Monday for presidential preference election
Governor wants primary to include Arizona’s 1.2 million independents