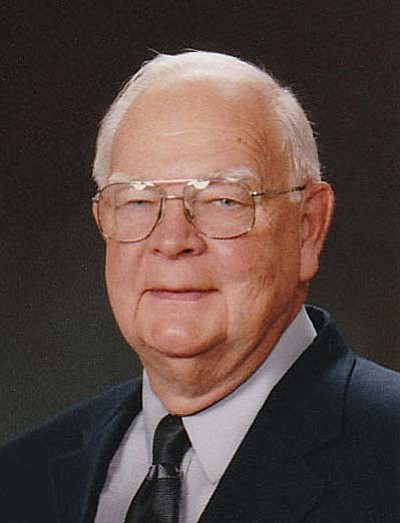 John E. "Jack" Rucker, 85, joined his son, John Steven in heaven on Jan. 23, 2016. He passed away peacefully surrounded by his loving family. Jack was born in Danville, Illinois to Arthur and Marie Rucker.

He married his high school sweetheart, Shirley Lamb and they recently celebrated 65 years of marriage. He started his career in the grocery business at Grab-It Here in Danville. After moving to Phoenix in 1956, he began a long career at AJ Bayless Markets, joining Kraft Foods before retiring in 1998. Jack was a Christian and lifelong member of the Church of the Nazarene.

He was preceded in death by his son; parents; sister Mildred; and brothers Arthur Jr. and Robert. He leaves his loving wife Shirley; their children, Cynthia (Paul), Bradley (Gail) and Carolyn (Terry); 13 grandchildren; 21 great-grandchildren and several nieces and nephews.

His life touched all who knew him and he will be greatly missed.