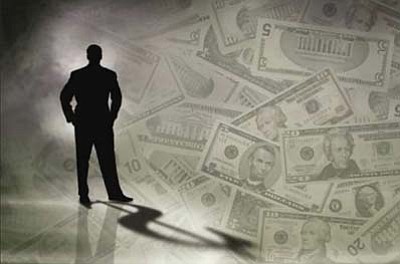 Rep. Debbie McCune Davis, D-Phoenix, said the triple-digit interest rates that are charged to consumers are as abusive as those that were charged by now-defunct firms that gave short-term loans based on a promise to repay. In fact, she said, the title loans are sometimes worse because, unlike payday loans, there is no limit on the amount that can be borrowed.

"They usually get voted down every year," she said, adding that more often than not, bills from Democrats in the Legislature don't even get a committee hearing.

However, Fann indicated if the bill moves through committee, she's not likely to support it.

"Nobody wants to see out-and-out usury, but the flip side is that the small loans that are legal are small loans," she said.

McCune Davis wants to require title lenders to live within the 36 percent annual interest cap that applies to other consumer lenders.

Her proposal comes as the Consumer Federation of America and the Center for Economic Integrity released a report Tuesday, Feb. 2, saying the title lending industry has exploded in Arizona since a 2008 statewide vote to kill off the payday loan industry in 2010. It says there were just 159 lending locations at that time; now there are more than 630, a figure they said exceeds the number of payday lenders that surrendered their licenses in 2010.

What that means, according to the two organizations, is there is one outlet for every 8,072 adults, a figure they compute out to the seventh most concentrated title loan market in the country.

In general, state law says any interest rates higher than 36 percent a year are illegal usury.

In 2000 lawmakers created an exception for payday loans of up to $500 for two-week periods.

Lobbyists argued it filled a need. For those who could not pay off the loans immediately and had to renew, effective annual interest rates could exceed 400 percent.

Fann agreed, saying people with limited or no credit lines need a way to get cash quickly for unexpected expenses, and the lenders who back the loans are taking a higher risk, which justifies high interest rates.

But that law was a 10-year experiment.

And when legislators balked at renewing the special law, the industry took its case directly to voters, spending more than $17 million on that effort only to lose. That forced payday lenders out of business.

Title loans, however, are a separate category, relying on vehicle owners pledging their interest in their vehicles as collateral. The two consumer groups said interest rates can range up to 204 percent depending on the size of the loans, which have no limits.

McCune Davis said that is no more acceptable. She said there's no reason to charge more than 36 percent interest.

Scott Allen, president of the Arizona Title Loan Association, said that's fine - if the state wants to take a position that some residents do not deserve credit.

Allen, who also operates 25 Cash Time title loan outlets in Arizona, said those whose credit rating is good enough can borrow from banks or even against their credit cards. But he said that is not an option for those with little or no credit.

Some of the reason for the higher interest rate, he said, is bad debt.

But he said it's also a simple math problem: At 36 percent interest his firm would make just $60 on lending $1,000 for two months. And that, he said, simply doesn't pencil out.

McCune Davis said that's the wrong way to look at the issue.

"The question isn't how much should somebody charge to make it profitable," McCune Davis responded. "The question is how do you ethically make a loan to somebody and actually give them a fair chance of being able to repay it."

And if there is really too much risk to lend at 36 percent, she said, then perhaps the loan should not be made.

"If you can't make a loan to somebody and then have a reasonable chance of repaying the loan, that's loansharking," McCune Davis said. "That's not ethical lending."

Allen said that's ignoring the reality that people in need will find the money - somewhere.

He said now Arizonans get to borrow from "a licensed, regulated lender in the state of Arizona that has a brick-and-mortar storefront where a consumer can go if they have any type of an issue." The alternative, said Allen, is going "online to find some unlicensed, off-shore lender."

The Daily Courier reporter Les Bowen contributed to this story.