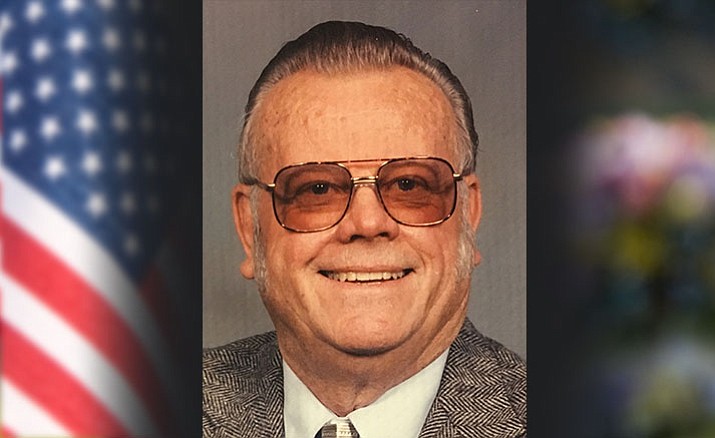 Willis “Will” Tarwater passed away on Dec. 6, 2016, at the VA Hospital in Prescott, Arizona.

Will was born in San Luis Obispo, California, and lived in Arroyo Grande, California. As a young man, he quit school at 16 and got a job at the Camp San Luis Army Base where he worked hard and became a 2nd Engineer. Just before his 18th birthday Will’s father signed so he could join the Navy. He enlisted on Dec. 7, 1944 in Bainbridge, Maryland. He was assigned to the gunner’s mate school. After graduation, Will was transferred to Boston, Massachusetts. He volunteered for training to serve on PT boats. He was in the last PT boat training class because the war had ended. He was discharged in August 1946. After traveling for a while, Will moved back to Paso Robles, California. He began working at the Camp Roberts Fire Department.

In October 1950, Will was recalled into the Navy as a result of the Korean War. He was assigned to the USS Brown DD546, a destroyer. After being discharged, Will applied for a position at the Paso Robles Police Department. He was the first motorcycle patrolman on the force. Will began to apply for other positions and in July 1954 he was accepted for a position on the U.S. Border Patrol in El Paso, Texas. After training, Will was assigned to Brownsville, Texas, where he worked until he was transferred to El Centro, California. While living in El Centro, his son, Ron was born. In December 1959, Will started a new job at the Customs House in San Ysidro, California. Will liked this job very much and in 1969 he was assigned to the Customs House is Oakland, California. He retired from the Customs Department in 1977.

Will began to do some traveling and in May 1980, Will decided to move to Prescott, Arizona. In 1983, Will met the most beautiful woman in the world, his beloved Margaret (Margi). They were married March 19, 1983, and spent 33 wonderful years together. Their love was true and eternal.

Will was a devout Christian and he touched people’s lives right to the end. He loved God, his family (especially his Margi), his country and guns.

Will was laid to rest on Dec. 10, 2016, at Heritage Memorial Park Cemetery with military honors.

He was loved and he will be missed.