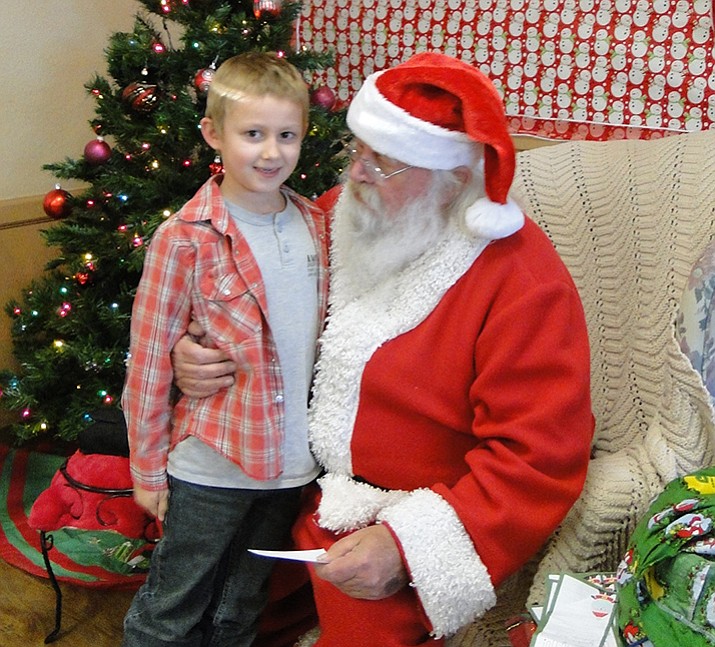 Of course the main attraction here is Santa. The children were lined up waiting for their turn to give Santa their Christmas list. After that it was a toss-up for the cookies and hot chocolate or get in line with your ticket for the gift table. The craft tables down the center of the room were always busy with kids of all ages – yes, that includes adults.

Six o’clock came all too soon when everyone left so they could find a nice place to watch the lights as the parade passed by. There were vehicles, ATVs, floats, and whatever else that someone could add a few lights to. The route tried to go where the most shut-ins are so young and old alike could enjoy the parade.

Then it was back to the Community Center to find out who won the house lighting contest and which vehicle did the judges like best. First place in the House Lighting was Terri Turner and Kathy King, second went to Flo & Ken Lottes, and third was Kathy Williams. The floats took top honors in the parade with The Hilltop Gang of Dan Chapman and Bill Teahon taking first. Carol Peck, Joe Airhart and Debbie Tibbits took second place for the Love Ministry float. Jack Williamson with Santa & sleigh on the quad took 3rd.

But the real winners were the children with crafts, prizes and gifts and those that lined the parade route to enjoy the lighted vehicles passing by.