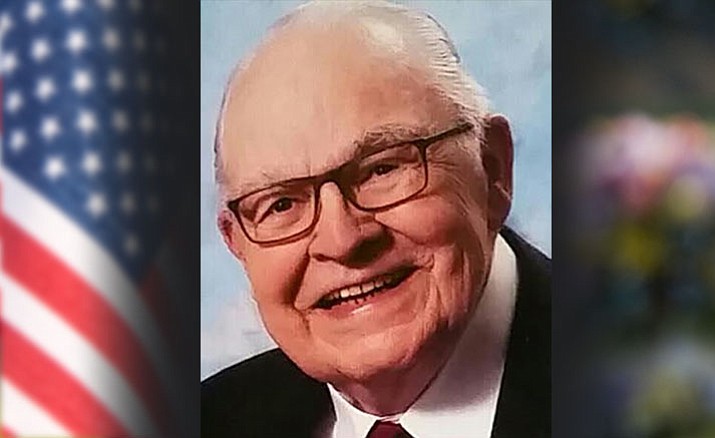 Bernard was born in Amenia, North Dakota on Oct. 19, 1927, to Bernard and Frances Matthey. He was raised on a farm in Casselton, North Dakota with three sisters: Elnore Glazer (deceased), Marilyn Stirling of San Clemente, California, and Dorothy Remark of Moorhead, Minnesota.

“Bernie” graduated from West Point Military Academy in 1950. While stationed in Germany he married the love of his life, Marjeanne Joan Macdonald of Beverly Hills, California on Feb. 14, 1953. They were married 63 years and have four children: B. Paul Matthey III and wife Joan; Thomas Matthey and wife Signe; Laura Carver and husband Neal; Mary Haverkamp and husband Peter. They have seven grandchildren and two great grandchildren.

Bernie was a career Army officer and rose to the rank of full Colonel. He retired in 1976 after 30 years of service. He served in both the Korean and Vietnam wars, taught at Norwich University in Vermont, attended the Command and General Staff College in Kansas, the U.S. Army War College in Pennsylvania and received a Masters degree from Shippensburg University in Pennsylvania.

After his military retirement, Bernie and Jean moved to San Juan Capistrano, California where he became a real estate broker, the president of the Board of Realtors, and president of the Angels (theater group of Saddleback College of Southern California).

Bernie was a faithful follower of our Lord Jesus Christ, served with the Gideons for many years, and served as a deacon and elder in numerous churches. His many interests included flying a Cessna 150, singing, reading, horses and traveling.

Bernie will be greatly missed by his loving family, two devoted caregivers and many dear friends. We are comforted, though, in knowing he is rejoicing in Heaven.

A memorial service will be held at the First Southern Baptist Church of Prescott Valley on Thursday Jan. 5th, 2017, at 11 a.m. In lieu of flowers, donations may be made to the Gideons or the church.