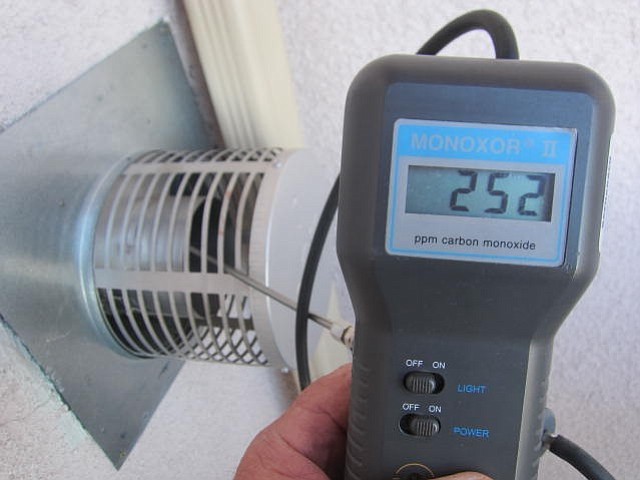 I received several emails from that column. Some praising my informative yet humorous columns. One suggesting that I leave politics out of my columns (although I was bipartisan – I called all politicians criminals). And some with very good questions. One person said their fireplace exhausts on an exterior wall onto a covered deck. There is a solid wall at one side of the deck, so only two sides are open. When they’re on the deck with the fireplace operating, they detect an odor.

Another email asked about a bedroom window above the fireplace vent. Most manufacturers recommend no opening within 10 feet of the exterior wall vent. (In my last column, I stated doing this was optional in our area, like using turn signals.) I would be more concerned if the opening window was above the vent. Heat rises, and the exhaust gas will be hot, so it will have a tendency to rise.

I’m guessing that one emailer works in a store that sells gas fireplaces. He told me I should find some “real concerns” to write about, rather than scaring people about gas fireplaces that have been “proven” to be very safe appliances. He stated there is little chance of high levels of carbon monoxide in a fireplace exhaust gas, and little chance of that gas being drawn back inside the home.

I detect over 100 ppm carbon monoxide in most fireplace exhausts, usually over 200, and at times over 400. And I’m pretty sure that air can enter a home through an open window. Why else would we have opening windows, other than to let air in and out?

Cars have been “proven” to be safe too. But only if they are operated properly, which for fireplaces would include installed per the manufacturer’s instructions. If you operate your car properly, you likely won’t have an accident. But that is not guaranteed, which is why we wear seat belts. Because that “just in case” can have very serious consequences. Which is the same reason we have smoke and carbon monoxide alarms in our home. The chance of a fire or carbon monoxide is very low, but is something you definitely want to know about right away.

Randy West owns Professional Building Consultants in Prescott. He is state-certified and has performed more than 7,000 home inspections in the Prescott area. West serves on the Home Inspector Rules and Standards Committee for the Arizona Board of Technical Registration. Contact him at randywest2@gmail.com or visit http://inspectprescott.com.