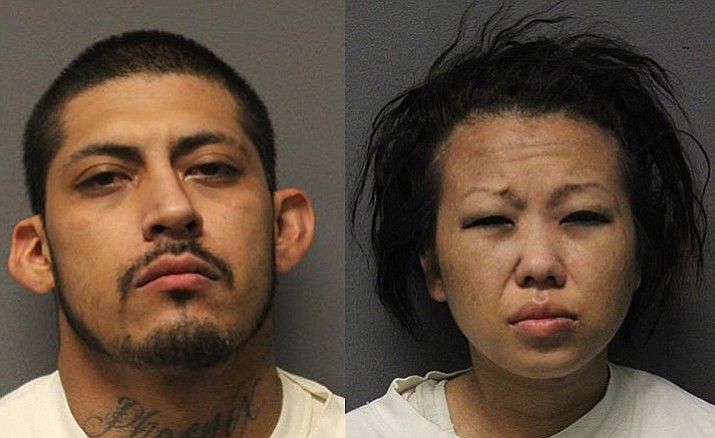 PRESCOTT – A man and woman who refused to stop for a State Trooper crashed their vehicle, then carjacked a Jeep at gunpoint Thursday afternoon, Dec.1, near Bumble Bee, and rolled it, before surrendering, according to a DPS spokesman.

At about 3 p.m, a trooper tried to stop a vehicle for a traffic violation as it headed southbound on Interstate 17 near the Cordes Junction exit, DPS spokesman Bart Graves said. The vehicle refused to stop and kept going until it exited at Bumble Bee, where it struck a guard rail.

The two suspects, Anthony Espinoza, the driver, and his passenger, Mai-yo Thao, of Wisconsin, got out of the vehicle and ran, stopping to carjack the Jeep, with Espinoza using a gun, Graves said.

The victim of the carjacking was an off-duty police officer from the Phoenix area, said Graves.

A DPS Ranger helicopter watched from the air and saw them roll the Jeep, Graves said, and when they continued on foot, Espinoza was injured, trying to make it across rough terrain.

The pair surrendered near Crown King and they were taken into custody.

They were booked into the Camp Verde jail.

Graves said that “Espinoza is known to law enforcement in Wisconsin.”

An earlier report said the victim of the carjacking was an off-duty trooper, but Graves indicated that was not the case.