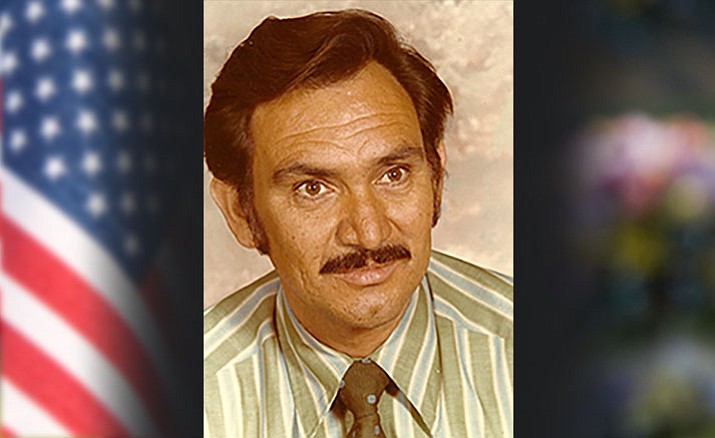 Ernest was born in Prescott, Arizona May 22, 1932 and grew up in Jerome, Arizona until he graduated.

After graduation he served in the army, attended Arizona State College (NAU), where he was a member of the Epsilon PI TAU (International Honor Society) and received his degree in teaching . Ernest enjoyed his 30 years as a teacher and administrator in the Bagdad School District.

He lived in Bagdad, Arizona for 50 years, where he and his wife, Bita raised their six children. Ernest enjoyed running and golfing and was proud of his 11

hole in ones. After retirement Ernest and Bita moved to Prescott Valley where he continued to enjoy visits from their children and grandchildren. He is survived by his loving wife of 60 years, Bita and their six children Richard (Diane), Terri (Randy), Brian (Debbie), Martie (Mark), Patricia (Greg), and Art (Robyn), his sister Gloria Apolinar, 12 grandchildren, 12 great grandchildren and a large extended family. He was preceded in death by his mother Celia, two brothers Arnold, and Oscar. Ernest loved his family and friends, he will be truly missed. Friends may visit www.ruffnerwakelin.com to offer their condolences.