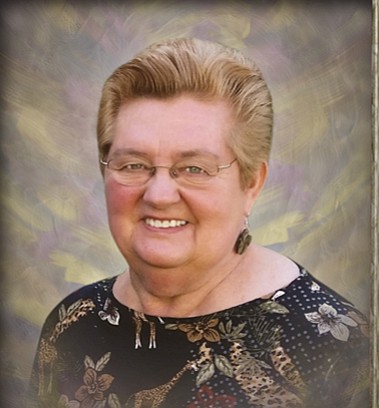 Carole Marie Rich, 75, of Paulden Arizona passed away in Everett Washington on August 11th, 2016. She was born January 7, 1941 to Carl Ingwall and Asbjorg Elfrida Baglo in Trail, British Columbia, Canada. Carole achieved her LPN nursing license beginning her nursing career in Vancouver, B.C. Carole came to the United States in 1962 and continued her nursing career in San Francisco and later moved to Oahu, Hawaii working in the Emergency Room at Queens Hospital in Honolulu Hawaii. In 1963, Carole met Eugene S. Rich Jr. (S/SGT US MC) on Waikiki Beach. In January 1964, Carole married Eugene on Oahu, Hawaii. She obtained her U.S. citizenship in 1967. She enjoyed bingo, water aerobics, bowling and was very creative as an artist with everything she touched. Carole knew no strangers. All that were lucky enough to have conversation with her, found a new friend. She will be missed by all that knew her and especially by those that loved her.