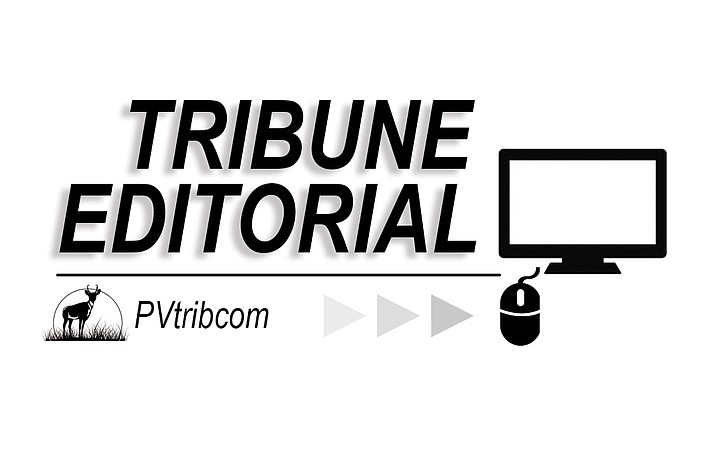 Some people claim he was trying to influence the outcome of the upcoming council election.

In a Prescott Valley Tribune story, Jarrell shared his concern that all the election talk from council candidates of cutting taxes could become a bad fiscal reality for his department.

“It scares me when I hear people saying … ‘the tax rates are too high, we’ve got to roll them back,’ because then all of us are going to suffer greatly,” Jarrell said.

“The only way we can support town operations…is through the sales tax,” he said, noting that the town gets none of the property taxes collected — it all goes to Yavapai County.

Jarrell was not trying to influence any one candidate over another. He was pointing out a problem he saw that could grow and affect public safety.

He said he was not campaigning “for or against any candidate. The only thing I am campaigning for is a safe community.”

It was refreshing to hear a public figure voice concern over what an election means to his department, even though it created some problems for Jarrell.

“In the state of Arizona, we have laws that prevent employees from trying to influence elections. We also have a town code that explicitly prohibits town employees from trying to influence the elections,” Councilmember Steve Marshall said. “This is very big. If something doesn’t happen, I’m going to drive to the attorney general’s office in Phoenix and I’m going to file a complaint myself.”

Talk about overreacting. The issue began with the concern of tax cutting and now a councilmember wants to spend taxpayer money to investigate an incident that has already been settled.

Town Manager Larry Tarkowski said, “There is a … violation of the town’s personnel rules and there’s been a disciplinary action.”

The Town Council deserves some of the blame for this even becoming an issue. They rushed through the sales tax increase in less than a month last October, pretty much ensuring it would stir up trouble.

Taking more time to explain the need and educating citizens may have kept this from becoming a key campaign component in the first place.

Prescott Valley, after years of bumpy roads, has a respectable police force, with a strong leader. The disgruntled councilmember should be proud of the department, not looking for vindictive (and costly) ways to punish someone who cares deeply about his community and his job.

Thank you, Chief Jarrell, for speaking your mind — and to town management for recognizing the need for a disciplinary action versus an overreaction.

Editor’s note: Since this is the final edition of the Prescott Valley Tribune before the Aug. 30 election, we reached out to the five challengers in the Town Council race through either email or voicemail, giving them an opportunity to respond. Two sent statements:

In response to statements made in last week’s PV tribune, I contacted Chief Jarrell directly and he graciously agreed to meet with me to discuss our respective views in person. Chief Jarrell and I had lunch together and he shared his opinions and also listened and was very respectful to my views and gave me the opportunity to clarify my support for the police department and correct the misunderstanding that I do NOT support a rollback of the sales tax as it would affect department operations adversely.

As a successful business owner, I know that there will always be differing views within an organization and know how to work for the best outcome. As town councilmember, I will always fight for accountability from all town departments, including the police department, and I will always put the safety of our families first.

I respect Chief Jarrell, however, his comments directed toward me and my campaign are completely false. I have never stated that I plan to repeal the tax increase imposed by the Town Council.

I believe the taxpayers should have the right to vote on tax increases. Regarding his statement that I am ignorant of government, I would remind everyone that I am a retired officer and 20-year veteran of two branches of the service. I have worked for government agencies, and I have wholeheartedly supported local government, police departments, and civic organizations my entire life.

I encourage you, the voters, to visit my web site, www.ElectKevinTrovini.com, to read my bio, and decide for yourselves what my platform and experience is.

My agenda is safe, not dangerous; it includes better paying jobs, better access to health care, opportunities for youth, and ensuring expenditures are made with the best intentions and maximum benefits for the citizens of our town. I’m in it for you and your families. I look forward to working with you. It’s “Our Town, but Your Voice!”