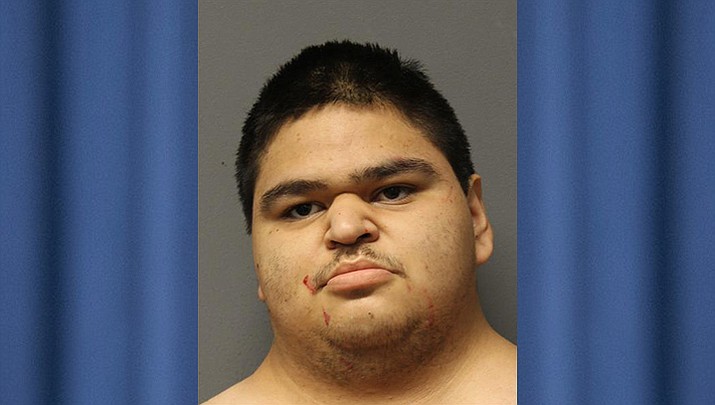 VILLAGE OF OAK CREEK – A family fight on Aug. 20 resulted in one man’s being stabbed with a screwdriver, according to Yavapai County Sheriff’s spokesman Dwight D’Evelyn.

D’Evelyn said deputies “determined the victim had sustained significant stabbing related injuries including a laceration to his rib cage along with visible lacerations on his face.”

When they arrived, Nevarez was being held down with some difficulty by family members, including the victim, in a bathroom.

Deputies placed him under arrest.

“Deputies were told that when the victim walked through the apartment door after arriving home from work, Nevarez stood up from the couch where he was sitting, removed a screwdriver from his pocket and attacked the victim with the weapon,” D’Evelyn said.

While he was compliant with deputies, Nevarez wouldn’t talk about the incident, D’Evelyn said.

The victim was taken to Verde Valley Medical Center for treatment; his wife was also cut and scratched while trying to hold Nevarez down, and was treated at the scene.

“The family was unclear as to the exact motivations for the attack, but did note Nevarez was suffering from several medical issues recently and easy to anger. There was no evidence the attack was provoked,” D’Evelyn said.