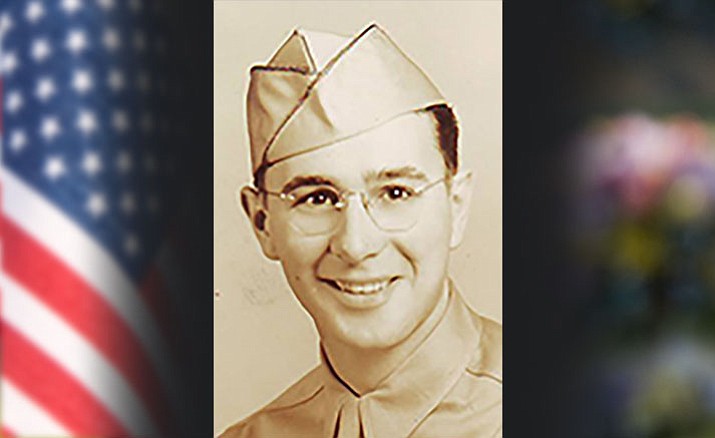 Sam graduated from El Paso Township High School. He served his country in the United States Army Air Corps in WWII where he spent two years in the South Pacific, the New Gunnies Island, Guadalcanal, the Solomon Islands, Black Islands, and the Netherland East Indies. He was proud to have served his country. After WWII he was commander of the newest VFW Post in El Paso from 1947-1948. He was appointed Justice of the Peace by the Governor of the

State of Illinois for a four-year term. He was also a 50-year member of the Grand Lodge of A.F. and A.M. as a master mason. Sam and his wife moved to Arizona where he retired from Farmer Brothers coffee distributors. He met many amazing people on his route.

Sam loved his family and friends. He was preceded in death by his loving wife, Helen; life companion, Beverly; his brother, Robert E. Snyder; half brothers, half sisters; and is survived by his aunt, Fern Kilpatrick, of El Paso, Illinois; nieces, nephews, and many loving friends.

Sam will certainly be missed.