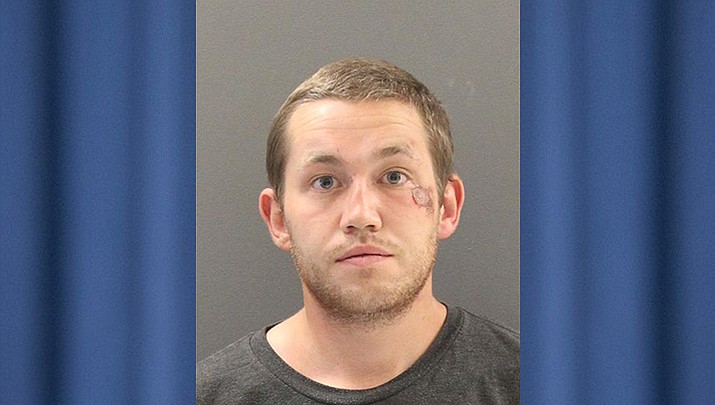 PRESCOTT – A Yavapai County Sheriff’s deputy was driving east on Gurley Street near Marina on Aug. 12 at about 5:30 a.m., when a car passed his marked vehicle doing more than 60 miles an hour, according to YCSO spokesman Dwight D’Evelyn, leading to a confrontation in which the suspect rammed the deputy’s SUV.

After the suspect passed the deputy, he refused to stop, heading south on Bradshaw Drive, jumping a curb, and crashing into a tree near the Compass Bank, D’Evelyn said.

The driver kept going south, and finally stopped at Bradshaw and Goodwin. When the deputy pulled up behind him, he threw the car into reverse and rammed the deputy’s vehicle.

The deputy was able to pull a resisting Eric Welch, 22, out of the driver’s seat before he could leave, D’Evelyn said.

“During a search of Welch’s clothing, the deputy found marijuana ‘dabs,’ which is a form of highly concentrated cannabis,” D’Evelyn said. “Welch freely admitted consuming six beers while smoking several ‘dabs’ around four o’clock that morning before driving.”

The deputy whose vehicle was hit was not injured.