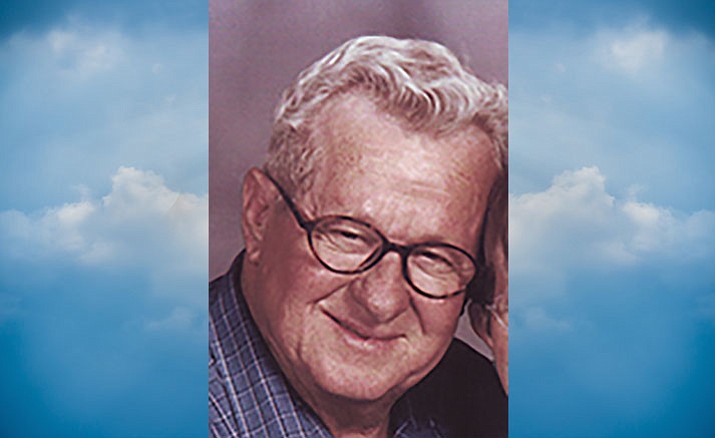 Jim graduated from Bedford High School where he was a quarterback and drop kicker for the football team. He left the University of Toledo to serve his country in the USAF during the Korean War. After the war, Jim worked as a hardware manufacturer’s representative for 45 years but his true vocation was coaching Little League for 17 years and softball for 10 years at Unity Church of Prescott.

Jim’s first and most important love was his family. He was a wonderful, loving father and husband. Jim was preceded in death by his daughter, Janine, and son, Jeff, and is survived by his amazing wife, Jacqulyn, of 61 years, his children, Jamie, Joseph, Jon and Jay; grandchildren, Corey, Kelsea, Stephanie and Justin, and great-grandchild, Arlo.

A celebration of life will be held Sept. 9, 2016, at 3 p.m. at Unity Church of Prescott. In lieu of flowers please donate to your favorite charity.