PV Performing Arts adds adult show to its mix
Hey buddy, can you Lend Me a Tenor 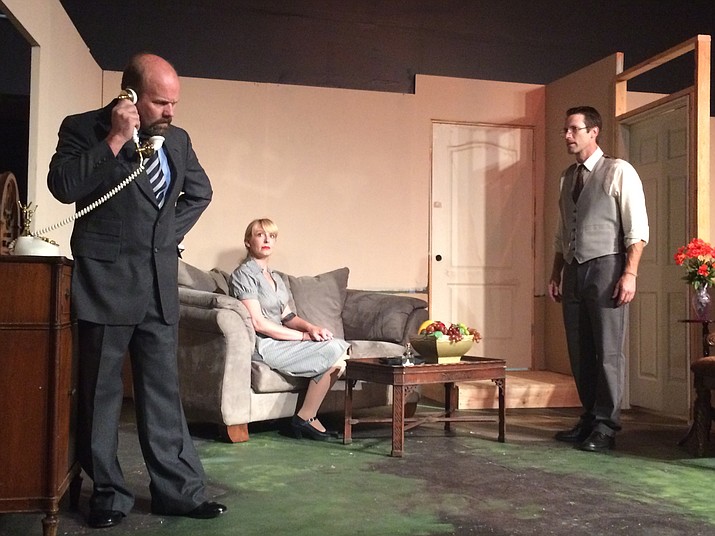 Prescott Valley Performing Arts’ production of “Lend Me a Tenor” opens at 7 p.m., Friday, Aug. 12 in the Entertainment District.

There’s always room for a good comedic farce and Prescott Valley Performing Arts is putting on just that kind of show. Called “Lend me a Tenor,” the show is directed by Clyde Neville and is scheduled to run at 7 p.m. Friday and Saturday, Aug. 12-13 and Aug. 19-20 as well as at 2:30 p.m. Saturday, Aug. 13, Sunday, Aug. 14 and Saturday, Aug. 20 at the current location in the Entertainment District, 2982 N. Park Ave. Suite G1.

“Lend Me a Tenor” is a main stage program for Prescott Valley Performing Arts, Neville said, noting that it’s separate from the organizations’ children’s theater for ages 6 to 17 and family theater for ages 6 and up. Main stage is for ages 18 and above, he said.

Neville said he really wanted to do the show because it’s a comedy.

“I think we all need more comedy in our life,” he said. “Especially right now.”

The original production and its 2010 revival both won Tony Awards and the former won Drama Desk Awards while the latter won an Outer Critics Circle Award.

The fact that the show is a main stage program was what made putting “Lend Me a Tenor” together difficult, Neville said, noting that it’s harder to get adults together for rehearsals because of work schedules. There’s also how the organization has been focusing on children’s and family theater for 13 years, making it difficult to really establish a main stage, Neville said.

Greg James is one of the actors in the show, playing Tito, an Italian opera singer. This is the third show James has done with Prescott Valley Performing Arts, Neville said.

Performing as an Italian opera singer is quite an opportunity and quite the part, James said.

“You get to kind of go all out, be over the top,” he said. “I’m not really an over the top kind of guy personally, so it’s kind of fun do to it in character.”