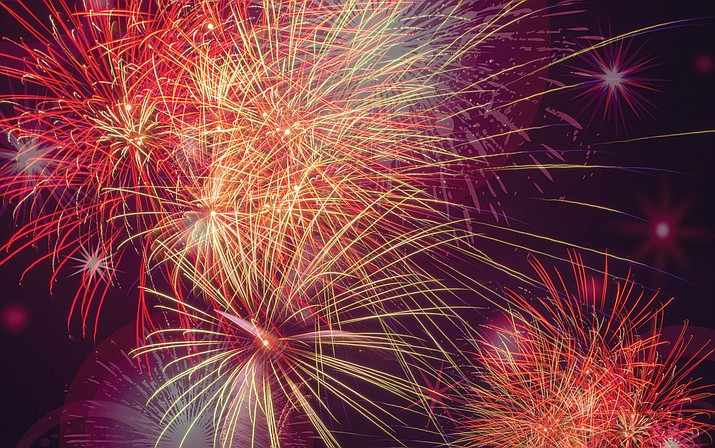 For years, the July 4 fireworks event was coordinated by the city’s special events manager. But after the elimination of that position as a part of budget cuts on Jan. 1, 2016, the city chose to go out for bid for the July 4 event.

PRESCOTT – Deliberations on how to spend the city’s tourism/recreation bed-tax money led to a related question for the Prescott City Council this week: Is a daylong July 4 bash worth $60,000 to $80,000 in public money?

PRESCOTT – Each year, the Prescott City Council allocates the revenue raised through bed tax to a variety of tourism and recreation uses.

The money, which is generated through a 3-percent tax on hotel and motel users, typically goes to a combination of tourism events, non-profit organizations, and city efforts. Among the allocations for 2017:

• $232,381 to the tourism office salaries and administration.

• $35,000 to PAAHC (Prescott Arts and Humanities Council) for support for the arts.

The issue arose prior to the council’s approval Tuesday, Aug. 9, of its 2017 bed-tax allocations, which included no contribution for fireworks.

That was consistent with the previous fiscal year, during which the city chose to turn the annual July 4 celebration, including fireworks, over to the private sector through a request for proposals (RFP) process.

The result was an event that took place in Prescott’s downtown – moved from the longtime site at Pioneer Park.

The more constrained venue led to a smaller fireworks display, which in turn triggered a community debate about where and how the city should conduct its future July 4 events.

Prescott City Councilwoman Jean Wilcox raised the question at Tuesday’s meeting. “It seems to me the event at Pioneer Park, planned by the city, was a much more family-oriented event,” she said. “Couldn’t we fund (the July 4 event) out of bed tax?”

Deputy City Manager Alison Zelms responded that the annual Pioneer Park event had ended up costing the city $60,000 to $80,000 per year, after taking staff time, holiday pay, and other expenses into consideration.

In addition, Recreation Services Director Joe Baynes pointed out after the meeting that the event required his department to shut down the ballfields several days early, and then re-seed the fields after the event.

Although Zelms said the council could choose to pay for next year’s July 4 event from the bed tax fund’s $297,841 contingency, she brought up questions about the “return on investment,” as well as the sustainability of spending that much of a contingency amount that the city has built up over the past six years. (The money carries over each year, and is available for expenses/events that arise throughout the year, officials say).

“It’s a policy decision for the council,” Zelms said.

Wilcox maintained that along with looking at return on investment, the city should look as “what we’re losing.”

Mayor Harry Oberg said he had received “a fair amount of input” on this year’s Fourth of July event, with the views being split relatively evenly among those who supported the downtown venue, and those who preferred a return to Pioneer Park.

The change in venues was not a city decision, according to officials.

For years, the July 4 event was coordinated by the city’s special events manager. But after the elimination of that position as a part of budget cuts on Jan. 1, 2016, the city chose to go out for bid for the July 4 event.

The bid specifications left the venue and many of the event details open for proposal from private companies. Zelms said none of the last year’s proposals involved using the Pioneer Park location without a significant contribution from the city.

The city ultimately chose Eagle Management and Events LLC’s proposal for an all-day event on the grounds of Mile High Middle School, with the fireworks to be launched from the roof of the nearby downtown parking garage, and no city financial contribution.

While last year’s RFP went out in about February 2016, Baynes said he expects his department to begin advertising for the event by about October 2016, giving proposers more time to adequately plan for the event.

So far, Baynes said he had yet to receive direction from the council on whether this year’s RFP should differ from last year’s.

Throughout the community debate over this year’s event, Baynes maintains that one point has been missing: “We saved the salary of a firefighter,” he said of the $80,000 or so in general fund money that previously had gone into the Pioneer Park event.