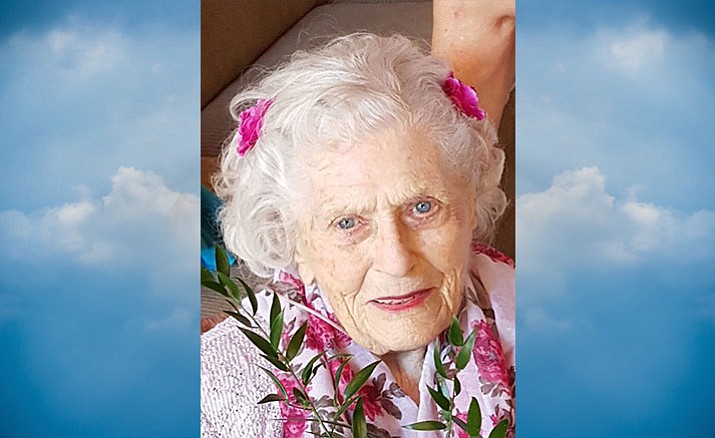 Dorothy Anna Oellers was born in Wisconsin of Irish and German heritage on July 13, 1912, six months after Arizona became the 48th state.

She married an adventurous man, Joseph, who moved them and their two young boys to Phoenix in 1952. Her daughter, Joanne, was born there, and they all traveled the blue highways of the West in a Pontiac station wagon.

Dorothy had deep curiosity and interest in the state’s geology, plants, and birds, and she eventually became one of the “three Dorothys” who successfully fought for the establishment of the Phoenix Mountains Preserve.

She was everyone’s trusted friend and confidant because she refused to judge or criticize but instead encouraged and listened. She lived with grace and a calm, loving demeanor. She played piano and loved the old romantic tunes, playing by ear when she could no longer see the sheet music. She had friends of all ages and styles, treating all with respect. Even in her later years, she never hesitated to give a helping hand and a kind word.

She is greatly missed by her family and friends, but she lives on in the memories of all with whom she shared her joy of life. We believe she passed away knowing that she made major contributions to the well-being of her world. She was able to smile even in her last days, praising those who attended and cared for her. She always said “Keep a song in your heart.”

Dorothy’s spirit will be with us whenever a kind word is spoken. Hers was truly a life well lived - 104 beautiful years.