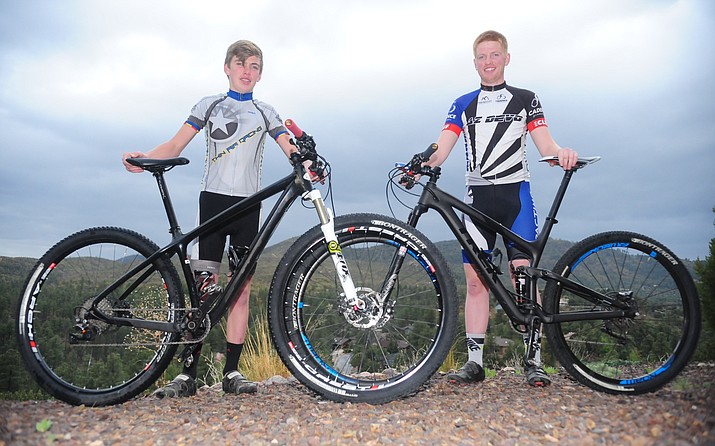 Hayden and Conner Rosborough pose outside their Prescott home. With a keen eye you can see in the distance the Wolverton Trail and Jack Pine Road, both part of this year’s Whiskey Off-Road mountain bike race.

Friday, April 29, through Sunday, May 1, in Prescott

Notable Achievement: On April 10, 2016, Hayden won the prestigious US Cup Bonelli Park Cross-Country No. 2 race in the Junior ages 13 and 14 classification. In the 2015 Whiskey Off-Road 15 Proof [mile] race, Hayden was the overall runner-up with a time of 1 hour, 38 minutes and 10 seconds. Hayden will join his brother Connor in racing the Whiskey 30 Proof on Saturday, April 30, in Prescott.