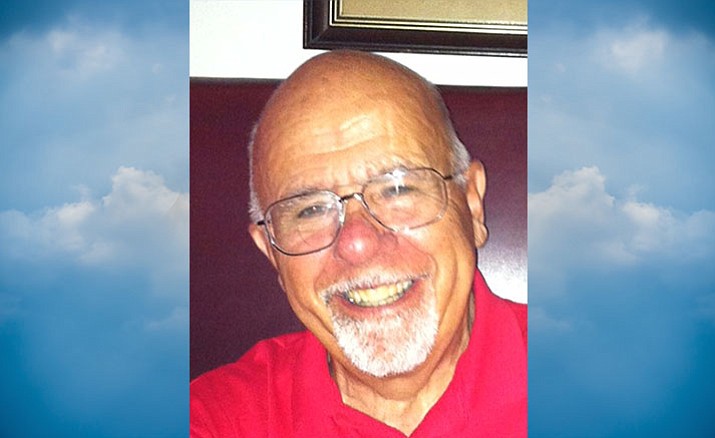 Ben Valentine passed peacefully at his winter home in Ventana Lakes (Phoenix area) on April 9, 2016 at the age of 79. He was born on July 24, 1936 in Chicago, Illinois to June and Eugene Valentine.

After graduating from Leo Hospital (Class of 1953) at age 16, he attended his first year of college at St. Joseph College in Rensselaer, Indiana. He was then employed at Youngstown Sheet and Tube in East Chicago, Indiana where he worked while he attended night school at Purdue University in Hammond, Indiana.

Awarded a BS in Electrical Engineering from Purdue University (Class of ‘58), he moved to New York where he was on the engineering staff at Ford Instrument Company in Long Island City. In 1960, the family relocated to Los Angeles, California, where he began a 32 year career at Hughes Aircraft Company, which later became a part of the GM Family. He initially began as a field engineer supporting Hughes’ aerospace products at various Air Force bases in the United States and progressed to Vice President of the Field Service and Support Group before his retirement in 1992.

In September 1992, he married Betty Stratman and relocated to Palm Desert, California. In May of 1993, they moved to Prescott, Arizona.

Very active in retirement, he volunteered as a counselor in the Service Corps of Retired Executives (SCORE); Chairman of the Yavapai College Performing Arts Charitable Endowment (PACE); Member of the Embry Riddle Aeronautical University Advisory Committee 1977-1999 during the development of the Science, Technology and Globalization track within the engineering school; Chairman of the Board for Yavapai Exceptional Industries (YEI); and as a “Big” with Yavapai Big Brothers/Big Sisters (BBBS) where he and his “little,” Will McDaniel, were honored at the National BBBS Conference In Washington, D.C. in June 2000 as the National Senior Match for the Year.

A lifelong Chicago Cubs and Bear fan, he had a portion of the dream come true in 1986 when he attended the Bears Super Bowl victory over the New England Patriots in New Orleans. His Cubs - well, as they say, “there’s always next year for the Cubbies.” He and Betty were world travelers in their retirement years, particularly fond of cruising the ports of the world.

Surviving are his wife Betty; his sisters Connie Perry and June Lear (John); his five children; numerous grandchildren; great grandchildren; and nieces and nephews. He was predeceased by his parents Eugene in 1952, his mother June in 1977 and his brother Gene in 2007.

A Mass of Christian Burial and celebration of life will be at 11 a.m. on Friday, April 29, 2016, at Sacred Heart Church, 150 Fleury Ave. in Prescott, Arizona. In lieu of flowers, the family recommends donations to Big Brothers/Big Sisters or Yavapai Exceptional Industries (YEI).