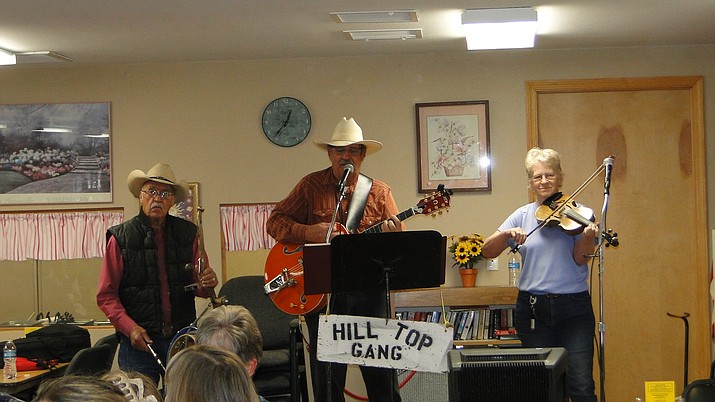 The wind was howling so the grills were brought in close to the building and the picnic moved to inside the building at the Mayer Meals on Wheels picnic. There was a room full of volunteers and Christy Lambertus was welcoming each and making sure they were comfortable.

The two cooks did a fabulous job of grilling the hamburgers and hot dogs, and the serving table was arranged to walk around to fill your plate.

There were several door prizes, but the important one was the IHop $25 gift card that was won by Josie Garcia, who donated it back to Christy. She said Christy works hard for Meals on Wheels and deserves the treat.

Hamburgers, hot dogs, potato salad and beans filled the plates. Each volunteer was given a mug with several volunteer items in it, and the note stating what the item represented. An example is the Tootsie Roll to remind you of the awesome “roll” you play.

All of the volunteers were very content after eating the meal and, thanks to Christy, it was another successful volunteer luncheon.