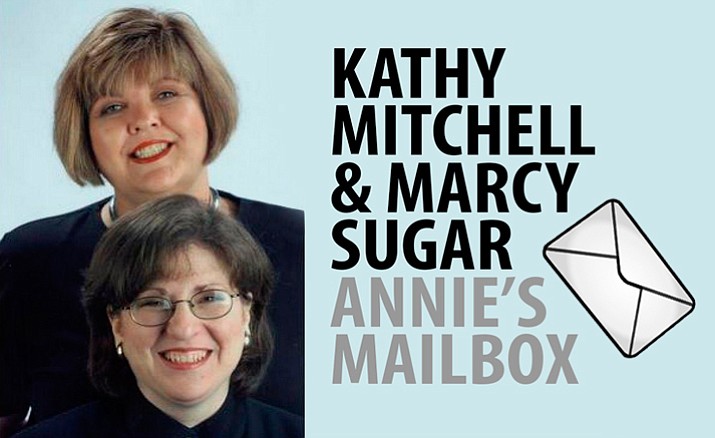 Dear Annie: I am the stepgrandma of a 2-year-old boy. “Danny” lives with his parents and an older sibling. I have never been blessed with children of my own, but I taught elementary school for many years.

Danny’s behavior seems unusual to me. If he is at my house for three hours, every minute of that time involves him running through the house nonstop, yelling, screaming and sometimes laughing. If I give him a toy, he throws it like a major league pitcher. He hits everyone in the face. (His parents say this is a sign of affection.) The last time Danny visited, he pulled my cat’s tail. When I told him he was not allowed to do that, his father became annoyed with me.

Danny is like this in my home, his own home and everyone else’s. To me, his behavior is over the top, but I have never raised a boy and don’t know for certain. But friends who have raised boys say his behavior is excessive.

I don’t dare bring this up with his parents because I am only related through marriage and this could start a war. So tell me, Annie. Is this normal behavior? Could he be on the spectrum? I am deeply concerned. – Worried Grandma

Dear Worried: It is normal for a 2-year-old boy to throw things and run around. Both boys and girls that age will scream and bite. This is why they have parents – to tell them that such behavior is unacceptable and to teach them to control themselves. Danny’s parents are not doing their job, and that is why he is so wild. Since the running is nonstop for hours, he also could have attention deficit disorder, but it’s hard to tell, since there is no discipline. The more Danny’s parents allow this behavior, the more extreme it will become in an effort to attract their attention.

We feel sorry for Danny, who will be unwelcome everywhere. Since you don’t think you are in a position to speak up, please ask your husband to suggest parenting classes, along with a frank discussion with Danny’s pediatrician. Surely, the parents will want to keep Danny’s best interests at heart.

Dear Annie: This is in response to “New Widow,” whose stepchildren were never accepting of her. I also lost my wonderful husband after 27 years. His will was clear. He left everything to me, with the understanding that the estate would be divided equally between his sons and mine when I died. But when his sons learned that they were not mentioned in their father’s will, they broke all contact. I knew my husband would have been outraged at their treatment, and moved on without them.

Dear Widow: We understand your perspective, but please try to understand theirs. Not being mentioned in Dad’s will was the equivalent (to them) of being told that Dad didn’t love them. And while we agree that Dad would not approve of their treatment of you, we don’t believe he intended his entire estate to go to your children. Please reconsider.