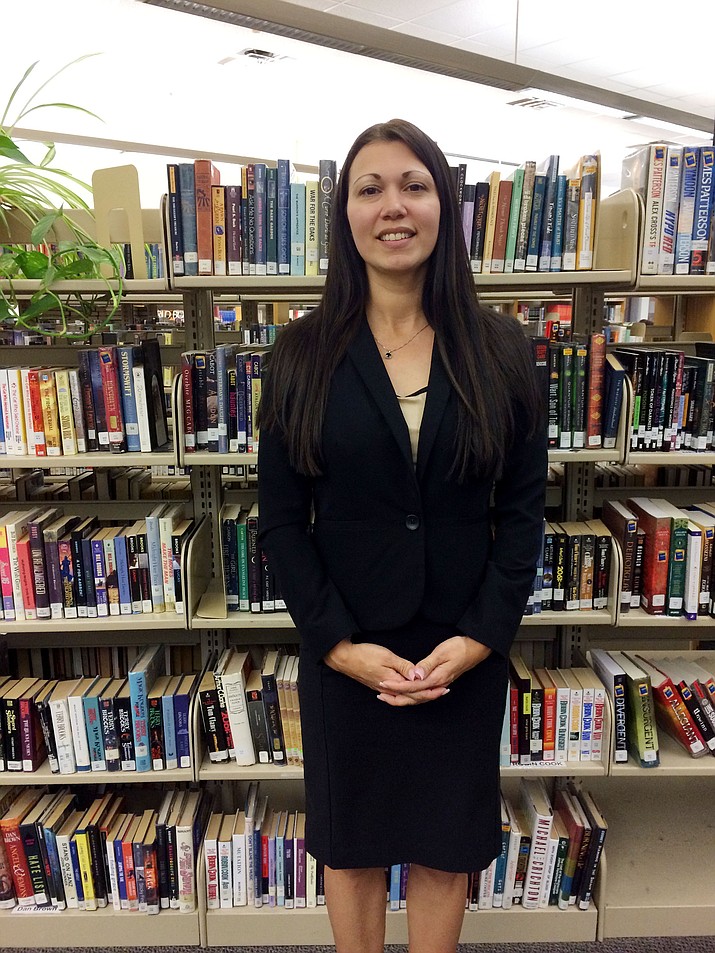 “It was innate. I always knew education was my calling,” said the Glendale native who on Tuesday night was hired to be the new principal at Lake Valley Elementary School.

Applause erupted from the parent, staff and administration committee after the Humboldt Unified School District Governing Board voted unanimously to appoint Fleming to take over the position for the 2016-17 school year. Fleming will replace decade-long Principal Tusanne Cordes who next year will become a district instructional specialist.

Board President Brian Letendre commended the committee’s diligence that led to Fleming’s appointment, and stated she comes to this district with “outstanding” qualifications. She is someone the committee, with endorsement of Schools Superintendent Dan Streeter, were confident will prove a strong fit for this school community.

Board member Paul Leon echoed those comments. After her interview, Leon said the entire committee was certain they needed to look no further.

“Let’s hire her,” Leon recalled of the resounding sentiment.

For the last two years, Fleming has worked as the assistant principal at two preschool to eighth-grade schools in the Deer Valley Unified School District. In that role, she has interacted with students and faculty, assisted in curriculum development and participated in various meets and conferences with parents, staff, students and community members. She has a strong background in professional development and budget planning and preparation.

Prior to that position, Fleming was an instructional growth teacher for four years in the Dysart Unified School District where she provided coaching and modeling of scientific-based instruction for teacher as well as introductory training for new teachers. She, too, served as a 21st Century Grant coordinator. Between 2006 and 2011, Fleming was an elementary teacher who worked with special needs students and who was a peer coach and faculty committee leader and assisted with professional development related to new K-8 curriculum programs.

Fleming started her career as a preschool teacher in 2002, and for one year between 2004 and 2005 was director of a Phoenix Valley preschool.

Her educational background includes a bachelor’s degree in elementary education from Arizona State University West and two master’s degrees from the University of Phoenix, one in curriculum and instruction and the second in administration and supervision.

She and her husband, Rich, together have a 7-year-old son, Gavin, and a 15-year-old son, Kaeden. The Flemings said they were looking to relocate to Prescott Valley, and the school district’s strong reputation prompted her to apply for the job where she felt she could parlay her educational skills and passion.

“I’m excited,” Fleming said. “In my heart, I know this is a good fit for my family.”