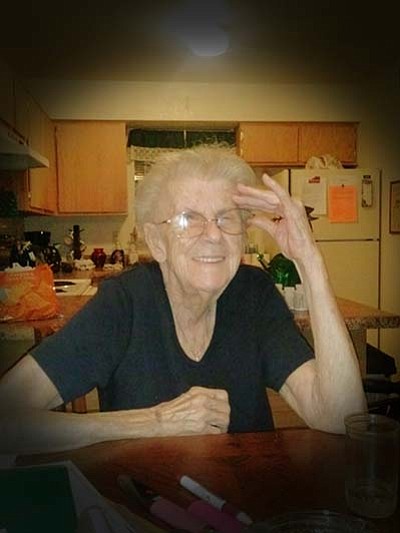 Helene Grace Bassett, 85, of Phoenix, Arizona, died March 30, 2016. Helene passed away peacefully while in the care of Christian Care Center.

Born Helene Grace Folsom on Feb. 21, 1931 to Earl and Dorothy (Schutz) Folsom, she attended schools in Bethel, Vermont and married Archie Goodrich in August 1947. They made their home in Montpelier where she worked in the insurance industry and for the State of Vermont.

They had two daughters who have both since passed, Constance (Goodrich) Walbridge in 2003 at age 54 and Shelley (Goodrich) Montgomery in 1995 at age 45.

She moved to Arizona in 1977 and married Raymond Basset in Las Vegas, Nevada in September 1982. She was the proprietor of the Cactus Gardens Bar & Grill in Paulden, Arizona before moving to Tonopah where she worked as a cashier and bartender up until she retired fully in 2008.

She is survived by her brother Malvern Folsom of Pittsfield, Vermont; and four grandchildren, Michael and Richard Walbridge of Connecticut and David and Tracy McQueen of Phoenix, Arizona; as well as two great grandchildren.

A Celebration of her Life will take place at 2 p.m. this Saturday, April 16, 2016, at the Tin Top Bar & Grill, 37901 W. Salome Highway (Wintersburg Road and Salome Highway) in Tonopah, Arizona and she will be interred with her husband and daughters in Vermont.