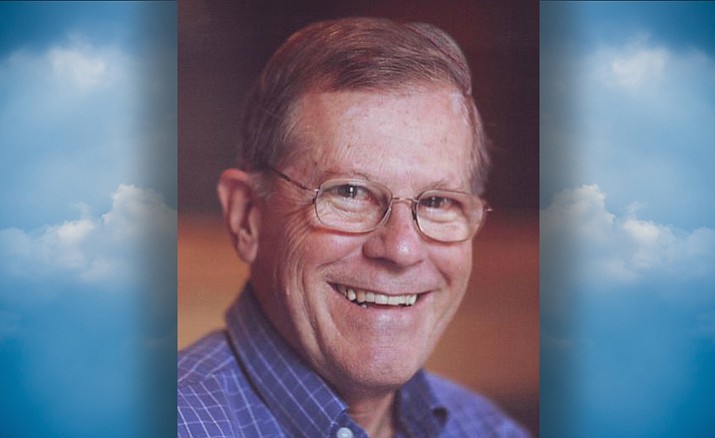 James L. Heinselman, age 80, passed away Tuesday, March 29, 2016, at the Las Fuentes Resort Village in Prescott, Arizona. He was born outside of Charles City, Iowa to J. Leigh and Alpha (Behne) Heinselman and was the eldest of four children.

Education was the pillar of his life. In June of 1956, Jim married Shirley Kleinschmidt, and subsequently graduated from the Iowa State Teachers’ College (now University of Northern Iowa) with both BA and MS degrees. Jim’s passion for education led to his career in Community College Administration, which took Jim and Shirley (and their children) from Iowa to Michigan, Illinois and California, where he ultimately became President of Los Angeles Harbor College and then Chancellor of the Los Angeles Community College District. Jim and Shirley’s love of hiking and being outdoors ultimately brought them to Prescott, Arizona to enjoy their retirement.

Jim is survived by Shirley, his beloved wife of almost 60 years; their four loving children, Craig (Denise), Lisa, Brian (Caroline) and Lori Craig (Robert); six energetic grandchildren, Karen, Susan, Dewi, Malik, Maya and Trevor (all of whom adored their fun-loving Grandpa Jim!); and his brother Donald; and sister Alta Kral. He was preceded in death by both of his parents, as well as his brother Merlin.

In lieu of flowers, the family has requested donations to be made in his name to The Granite Mountain Hospice and/or The National Parkinson Foundation.