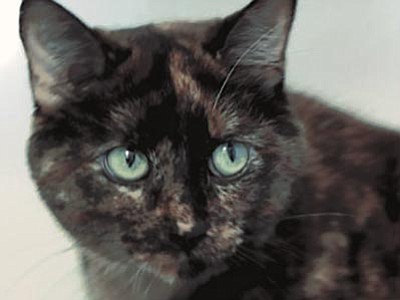 YHS is committed to humanely reducing the feral cat population while reducing the confusion surrounding the important role they play in our community.

Cats who have reverted to a wild state are considered feral. Feral cats are born from tame cats abandoned or allowed to run loose by owners. These cats mate with other free roaming cats, and their offspring, raised without human compassion, are feral. They grow up and breed with other feral and free roaming cats and the cat population increases exponentially. Feral cats are considered a public nuisance by some and a public health concern by others. They needn't be either.

There are two methodologies employed by most communities to deal with feral cats. One is to do nothing and the second is eradication. Decades of applying these methodologies have proven they don't work; and there are biological reasons that explain why.

Feral cats live in colonies of six to 20 cats. When eradication is employed to solve feral cat problems the surviving cats are stressed, which triggers a biological survival imperative that causes the remaining cats to over-breed and over-produce. As a result, instead of birthing one litter per year with two or three kittens, a stressed female will produce two or three litters with six to nine kittens.

Even if all the feral cats in a neighborhood could be removed a phenomenon known as "the vacuum effect" results. The removed cats had kept surrounding colonies at bay. After their removal, all deterrents evaporate and surrounding cats enter the vacated territory to over breed and over produce. The neighborhood is quickly overrun with feral cats fighting for mates, caterwauling, and spraying for territory. Eradication actually exacerbates the problem and produces far worse results than doing nothing at all.

There is a third methodology increasingly practiced in communities across the United States and around the world with amazing results. It's called Trap/Neuter/Return (TNR). YHS promotes TNR as the only viable, humane non-lethal solution to feral cat problems.

With TNR, feral cats are trapped, sterilized and returned under the care of a Colony Manager. The Colony Manager is a trained volunteer in the neighborhood willing to feed, water, and care for the colony.

TNR prevents the vacuum effect. Altered cats display none of the troubling behaviors of intact cats and actually provide effective rodent abatement for communities. Since feral cats only live three to five years, the overpopulation problem solves itself through attrition.

TNR also solves public nuisance complaints. Contrary to conventional wisdom, you can herd neutered cats because they no longer have the urge to breed and prey so they will follow the food bowl wherever the colony manager takes it. Feral cats can be trained to congregate in areas away from the public.

TNR is non-lethal, humane and cost effective. TNR empowers neighborhoods to solve this troublesome problem once and for all. Feral cats are trapped, neutered, vaccinated, health checked by a veterinarian, ear-tipped (the universal symbol of a neutered feral cat) and returned to their neighborhood where their population is stabilized and reduced through attrition.

If you'd like more information on TNR visit www.yavapaihumane.org/felix (FELIX stands for Feral Education and Love Instead of X-termination). If you want to take advantage of the free feral cat spay/neuter offer on Oct.15 call 928-771-0547.

Ed Boks is the executive director of the Yavapai Humane Society. He can be reached at eboks@yavapaihumane.org or by calling 445-2666, ext. 101.