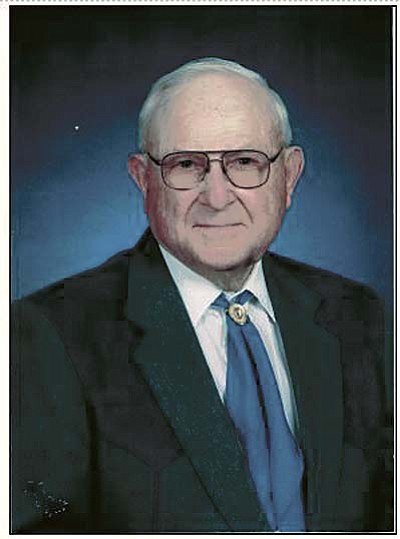 Wes was born to Susan (Meyer) and Edwin A. Thieleke on Sept. 3, 1917 on the family farm in Manitowoc County, Wisconsin in the town of Schleswig. He went to school in that area, and later graduated from an agricultural short course at University of Wisconsin in Madison, proudly played trombone in the Kiel Municipal Band for over 20 years, and was an active 4-H leader, Farm Bureau and church member. As a dairyman, he was a founding member of Lake-to-Lake (now Land O' Lakes) cheese cooperative. He married Florence Rose Kutz June 1, 1946 at Zion Lutheran Church in Louis Corners, Wisconsin. They moved to La Puente, California in 1951, Apple Valley, California in 1959, and retired to Chino Valley, Arizona in 1979.

In Apple Valley, they established Wesdamar Goat Dairy, milking over 200 does, processing and delivering milk to the greater Los Angeles area for 20 years. While in Apple Valley, he was a founding member, elder and active leader at Ascension Lutheran Church and club leader of the Suzie Q's 4-H Club. Upon moving to Chino Valley after Florence's retirement, with son David, they reestablished the goat dairy and developed new markets for Grade A Raw goat milk. He was active in the Chino Valley Irrigation District serving as president, Yavapai County Farm Bureau, and was honored by Arizona Farm Bureau with the Heritage Award in 2006. He was elder of Trinity Lutheran Church in Prescott Valley where he and Florence were very active leaders including hosting numerous dinners and events throughout the 36 years. Upon retirement, Wes and Florence enjoyed organic farming and hosting gatherings. They had many neighbors, community and church friends for whom the family is grateful for their support, especially those who provided care, visited in the final months and sang church songs to their enjoyment.

Funeral services for Wes will be at 10 a.m. on Saturday, Sept. 26, 2015 at Trinity Lutheran Church in Prescott Valley, Arizona, with luncheon to follow. Interment will be at the Heritage Memorial Park in Dewey, Arizona at 1 p.m. Memorial donations may be made in Wes' honor to Trinity Lutheran Church, 3950 N. Valorie Drive, Prescott Valley, AZ 86314-8234 to support of God's World Preschool, Friends of Ruth, and other church ministries.