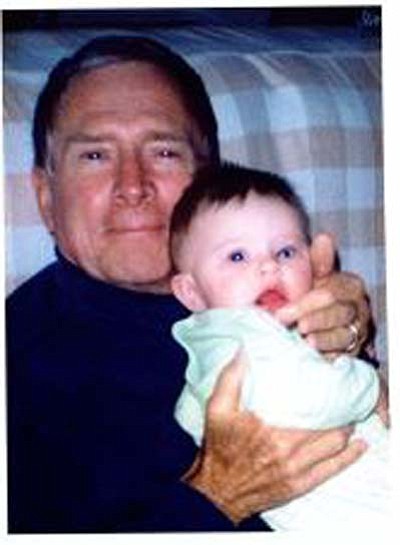 Kenneth C. Myers, age 79, completed this earthly journey and returned home on Sept. 4, 2015. He was under Hospice care and died of Pulmonary Fibrosis complications at the Marley House. Ken was born in Prescott on July 17, 1936 to parents George and Fawn Myers.

He graduated in 1955 from PHS, attended ASU and NAU graduating in 1962. In between universities, he joined the U.S. Army and received a medical discharge at Ft. Riley, Kansas. He married Mary Mackin in 1960, while they were both university students.

While living in Flagstaff, Ken was part of a crew who built the ski lift at the Arizona Snow Bowl. He also worked for the U.S. Forest Service at White Horse Lake near Williams as a firefighter and camp host. After Mary's graduation, he worked in Phoenix, for many years as a computer programmer/analyst for Honeywell, Mesa School District, ASU Library and Maricopa County in the assessor's office from which he retired in 1994.

While his daughters were young, Ken coached girl's softball for three years and volunteered for kitchen duty while Mary and the girls had fun at many YMCA Indian Maiden camps. Ken loved bass fishing, metal detecting and golf. He was often told that he "had a beautiful swing." His dream retirement job was that of Ranger at the Arizona Biltmore Golf Club for 10 years. He was President of the Mexican-American Golf Assoc. (MAGA), and started, and administered their scholarship program in Phoenix. In Prescott, he was a member of Stoneridge and Antelope Hills Men's Clubs.

Ken was a brave and gentle man.

In lieu of flowers, donations may be made in his memory to the Yavapai Humane Society, 1625 Sundog Ranch Road, Prescott, AZ 86301 and the Good Samaritan Society Prescott Hospice and Marley House, 1065 Ruth St., Prescott, AZ 86301.