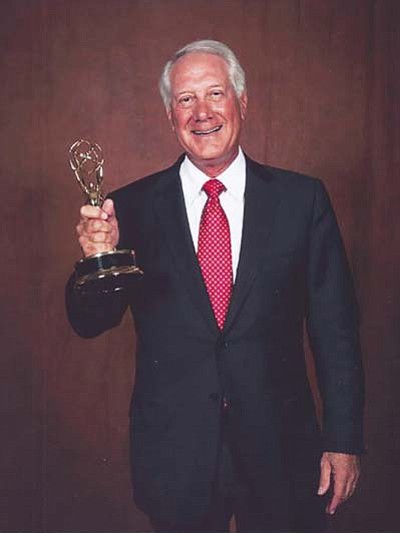 Last year, Prescott resident Bob Caroli won a Rocky Mountain Regional Emmy Award for his voiceover work on the Cardinals' "Season in Focus" Zoom segment. He now has two after a second nomination and win this year for his work on the show and joked that his fireplace mantel is very happy.

The same feeling of anticipation was present at the dinner and awards ceremony as there was during the first time around, Caroli said.

"You don't eat much because you're nervous and it's just like it never happened before," Caroli said. "Ours was maybe halfway through the evening."

Caroli's work as a voiceover guy began in the 1970s and since then he has done thousands of commercials, National Geographic and Discovery Channel specials and has done voiceover work for WWE's "Monday Night Raw." He has also won three Clio Awards, which recognize innovation and creative excellence in advertising, design and communication, but it's ultimately the advertising agency that gets the Clio. An Emmy Award is not something a voiceover artist aspires to as there aren't any Emmys for voiceovers, he said. But his work on the "Season in Focus" Zoom segment is narration for a weekly series, putting it in a whole different category.

"Season in Focus," which provides an inside look into the Arizona Cardinals, airs Sundays at 8:30 a.m. on Fox Sports Arizona, Channel 73 for Cox, 686-1 for DirecTV, 763 for CenturyLink Prism, 999 for CenturyLink Choice and 338 for Cable One.

Caroli described the process taken just to be nominated for an Emmy Award. The show's producer, Tim Delaney, submits the show to the Emmy Committee, which goes through thousands of submissions to pick ones that are eligible to be nominated, Caroli said. From there, nominees are notified and can choose to attend the awards ceremony.

While there is no higher place to go following the win, maintaining that level of work is something to look forward to, Caroli said. One win leads to the desire for another, winning two leads to wanting three and if someone has 10 wins, they still want another, he said.

Caroli doesn't consider what he does to be work, he said. Rather, it's just him, a microphone and a script that's emailed, recorded, edited and emailed back, Caroli said.

"I was retired and I met a guy on the golf course and it led to this," Caroli said. "The best thing about doing it is that I enjoy doing it so much that it's not like work. It never was for 45 years ... It's been a pleasure."