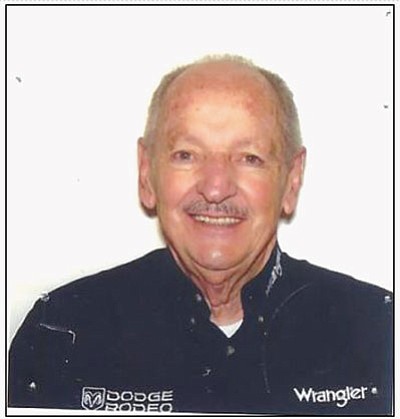 Patrick Vern Ganser of Chino Valley, Arizona, lost his battle to cancer on Friday, Nov. 6, 2015. He died peacefully with his children and family members by his side.

Born in Mishawaka, Indiana, on May 27, 1936, Patrick graduated from Mishawaka High School then attended Florida State University on a football scholarship.

Patrick was married to Ednabelle Ganser for 54 years. She preceded him in death. He will be deeply missed by his children, Michael (Patti) DeFreeuw of Fort Wayne, Indiana, Patrick (Carol) Ganser of Espanola, New Mexico, Shannan Hersey and fiancé Devin Neill of Chino Valley; eight grandchildren and four great-grandchildren.