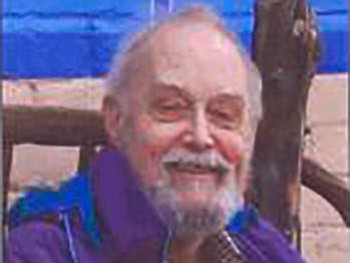 Robert Stragnell died on Oct. 22, 2015. He was born in Ossining, New York, on Aug. 26, 1923, to Gregory and Sylvia Jelliffe Stragnell; he was predeceased by his sister, Barbara.

He Interned at the Huntington Memorial Hospital in Pasadena, California. He was a Resident in Internal Medicine at the Veterans Administration Wadsworth Hospital in West Los Angeles, California and a Trainee of the National Heart Institute at the Los Angeles County General Hospital. In 1952, the doctor draft landed him as a 1st Lieutenant at Fort Sam Houston, Texas and then Fort Leonard Wood, Missouri, where he was promoted to Captain.

Dr. Stragnell was a solo internist in Arcadia, California until his retirement in 1987. He was active in the local community as well as numerous medical organizations. Board Certified in Internal Medicine; as well as a Fellow of the American College of Physicians; President, Los Angeles Academy of Medicine.

In retirement, the Stragnells moved to Prescott, Arizona. He quickly became active in the community serving as president of the Phippen Museum of Western Art where he was the Curator of two exhibitions for which he wrote the gallery guides (Landscapes of the West and Five Ladies of Prescott and their Art). In 2004, they relocated to New Hampshire and became residents of the CCRC, Kendal at Hanover in 2006.

There will be no memorial service at present. The family requests that there be no flowers; donations may be made to Webb Schools of California, 1175 Baseline Road, Claremont, CA, 91711, or to the charity of your choice.