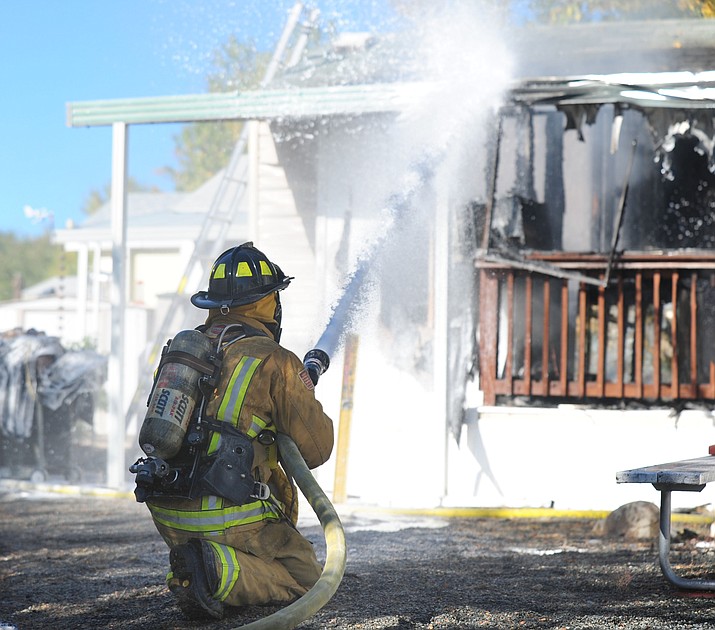 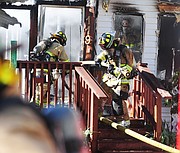 PRESCOTT VALLEY - A fire in a single-wide home in the Orchard Ranch RV Park in Prescott Valley gutted the structure Friday, Nov. 6.

Central Yavapai Fire District crews responded to the home, in the 100 block of Wolf Way, about 10 a.m. and found the home about 75 percent engulfed in flames, Battalion Chief Brad Davis said.

"It was starting to get real close to the neighboring house, on the east side," he said, but firefighters stopped the advance. That home sustained minor heat damage.

No one was home at the time, Davis said, and the residents have reportedly been away for a couple of weeks.

"Within a few minutes, (firefighters) had the main body of the fire all knocked down," he said, "and then after that, it was just putting out hotspots and overhauling it."

Fire destroyed a home in the Orchard Ranch neighborhood of Prescott Valley on Friday, Nov. 6.

No injuries were reported.

The house is a total loss.

The cause of the fire is under investigation.