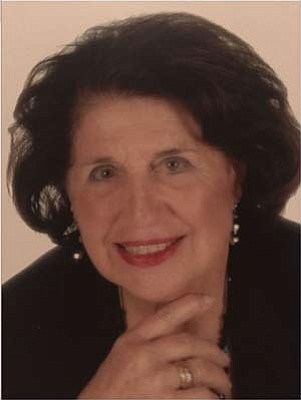 Mary was born on July 20, 1927, Kennewick, Washington, and moved to Tacoma, Washington as a baby. She attended Visitation Catholic School, Gray Jr. High and graduated from Lincoln High School in 1945.

During WWII, Mary worked at Martin's Candy Shop, Naval Supply Base and the National Bank of Washington.

Glenn and Mary were married on March 6, 1948, and she became a fulltime housewife and mother. She supported her husband in the growth and success of Ash Motor Company, Tacoma, Washington, which later became Ash GMC. When her husband retired from the automobile business, Mary partnered with her husband to establish Ash Arabians, an Arabian horse breeding farm, that gained national recognition. Although Mary was not initially comfortable around horses, she conquered that fear and was often left holding lead lines at horse shows!

Her greatest love, though, was working for God's Kingdom. She taught Sunday School at Immanuel Baptist Church in Tacoma, Washington, for 22 years, where she introduced the concept of team teaching. She later became a group leader for Women of the Word at Life Center Assembly of God Church, Tacoma, Washington.

Her greatest challenge and accomplishment for God's Kingdom, though, began when Mary and Glenn began spending winters at Country Roads RV Park in Yuma, Arizona. Mary began a weekly Women's Fellowship group and the growth was phenomenal! Her dedication and great love for this gathering of women has left a legacy that continues on today under the leadership of five women. Mary was also pleased to be an amateur tennis doubles champion at Country Roads.

Overall, Mary devoted herself to her family. She undertook the career of mother and housewife with great passion. She loved to garden, embroider, bake, crochet, read, sew, exercise, etc. There was always time, cookies, candy and fun with her grandchildren. Mary ended every conversation and card to them with "Remember, I believe in you!" She and Glenn delighted in taking the grandchildren to Disney Land and the entire family on several Hawaiian vacations. Her grandchildren (and great grandchildren) loved the annual Family Talent shows that she organized, followed by Junk Food parties. She was the first person to help others and the last to leave. Mary impacted all who came to her door with her generosity and hospitality. Cookies and coffee were always ready!

A Celebration of Life will be at 11 a.m. on Saturday, May 30, 2015, at Willow Hills Baptist Church, Prescott, Arizona. In lieu of flowers, the family requests donations made In Memory of Mary Ash to Operation Heal Our Patriots, Samaritan's Purse, P.O. Box 3000, Boone, NC 28607.

The family would like to thank Good Samaritan Hospice for their kindness and outstanding care.