Book Review: Diary is a story of surviving a difficult situation 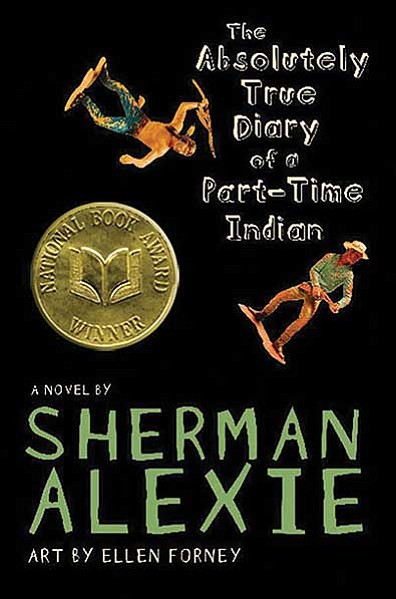 "The Absolutely True Diary of a Part-Time Indian, by Sherman Alexie

One of my favorite works by Spokane/Couer d'alene Indian Sherman Alexie is The Absolutely True Diary of a Part-time Indian, a book written for young adults-but one that can be enjoyed by young and old and readers in between. The book has won many awards, including the National Book Award for Young People's Literature, and the School Library Journal Award. Despite all this deserved critical praise, the book is among the most banned books in the schools of several states, ranking close to Huckleberry Finn. This is because, in it's darkly humorous way, the book deals with some real, and at times, rough subject matter: Alcoholism, domestic violence, poverty and teenage sexual frustration. The fact that its teenage protagonist mentions masturbation three times seems to be at the heart of the banning issue.

But there is so much more to this witty, insightful and mildly magically realistic work of art than that. The book, in its amazing funny yet poignant way, tells the story of Arnold 'Junior' Spirit, a 14 year old cartoonist growing up on the Spokane Indian Reservation who has hydrocephalus. Junior leaves his school on the 'rez' to attend an all-white high school in a nearby farm town to gain a better education and finds himself in a whole new world. In truth, Junior has always been looking for a whole new world with his cartoons. "I draw because I feel like it might be my only real chance to escape the reservation," the young protagonist tells us. He also says, "I think the world is a series of broken dams and floods, and my cartoons are tiny little lifeboats." And he has always needed those lifeboats with his father's drunken binges, the poverty he lives in, and the early surgeries he has gone through-and certainly needs them in his new world where there is only one other Indian at the school.