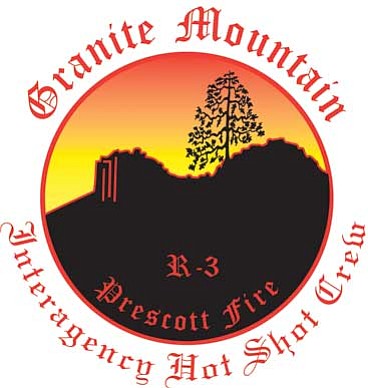 PRESCOTT - The remnants of the City of Prescott's wildland division would be "dissolved," under a new model that Prescott Fire Chief Dennis Light unveiled this week.

While an earlier action by Light had already eliminated the Prescott Fire Department's separate wildland division, this week's proposal would largely do away with remaining aspects, such as the seasonal fuels reduction crew.

That, in turn, would make the replacement of the Granite Mountain Hotshot crew - 19 of whom died fighting the Yarnell Hill wildfire in June 2013 - "highly doubtful," Light said.

During a presentation at a Prescott City Council budget workshop Thursday morning, March 26, Light noted that the changes were being proposed in the wake of the Yarnell Hill tragedy.

Under the changes, the city would continue to apply for fuels-reduction grants, but the work for future projects would be contracted out to private companies. The city also would not fill the position that former Division Chief Darrell Willis recently vacated. In addition, the city would consider selling some of the equipment used for fuels reduction.

Prescott City Attorney Jon Paladini said the elimination of seasonal fuels-reduction employees was the "preferred model" for the city, because it would eliminate questions over issues such as retirement benefits, Worker's Compensation, and health care insurance through the Affordable Care Act.

"The work would actually be contracted out in lieu of or instead of seasonal employees," Paladini said. "They're not city employees, so there is no question of retirement."

Over the past year and a half, the city has dealt with survivor retirement claims from the families of three of the fallen seasonal Hotshots. Two weeks ago, the City Council voted not to appeal to a higher court the award of Public Safety Personnel Retirement System (PSPRS) benefits to the three families - effectively accepting retirement costs.

That liability came up a number of times during this week's discussion.

Light referred to it as "the litigious risk that we could very well face if we don't change our model."

Mayor Marlin Kuykendall added that he was "gun-shy" about the city's risk in the matter. "In our recent experience, that was considered hazardous duty," he said of the Hotshots' fuels-reduction work. "How do we stay out of that trouble?"

After the meeting, Light said the changes made the replacement of the Hotshot crew unlikely. Although he did not rule out a Hotshot crew sometime in the future, Light said such an action would require a "shift in policy" by the city.

Since the Yarnell Hill tragedy, the city had deferred a final decision on replacement of the Hotshots. During budget deliberations in spring 2014, City Manager Craig McConnell said the 2014/2015 fiscal year would be a time of transition on the Hotshot question. Meanwhile, seasonal fuels-reduction positions remained in the budget for the fiscal year. (Light this week that said several workers are still on staff.)

Then, in August 2014, the city received the results of a fire department evaluation from the International City/Council Management Association (ICMA), which recommended elimination of the wildland division. Light announced in November that he had eliminated the division, and had moved Willis, the former Wildland Division Chief, to the head of the Support Services Division.

Earlier this month, Willis announced that he was retiring after 30 years with the city, citing a difference in vision.

Light told the council that although the Hotshots had regularly generated grant money, the program had annually cost the city's general fund about $200,000 to $300,000.

An internal audit indicated that the division "was not self-supporting from grant and off-district firefighting reimbursement revenues," Light's presentation stated. "Providing suppression personnel (firefighters) for off-district operations is not a 'moneymaker' for the city."

Under the proposed reconfiguration, the city would move fuels reduction to the Community Risk Reduction Division, which is headed by Division Chief Don Devendorf.

Among the results of the changes would be a shift of responsibility for fuels-reduction to property owners. A fuels management supervisor would oversee two fuels reduction coordinators, who would be responsible to work with the public and area homeowners' associations to educate owners about their fuels-reduction responsibilities.

"Going forward, as a matter of policy, it is recommended that the WUI (Wildland Urban Interface code) be enforced more actively," Light's presentation stated.

With action on Tuesday, March 24, the City Council gave city code enforcement officers the authority to issue citations and fines, which Light said would "significantly strengthen this effort."

The council took no vote on the proposed model this week, and Light said the approval would likely come with the council's consideration of the 2015/2016 budget.