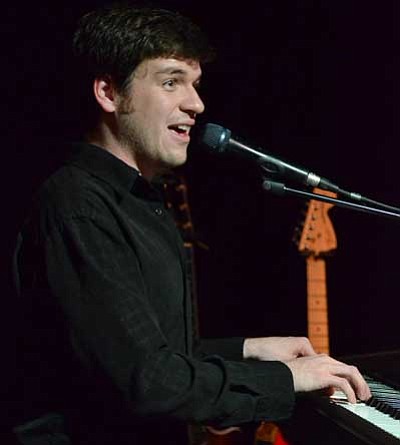 Brady Goss, one of the show's leads, said this is the first time he's ever done a tribute-style show. However, he had done a number of different genres and grew up listening to the music with his dad.

"I was nervous when I first started," he said. "But I knew I was going to love it."

Goss said it is a privilege to be backed up by performers who know the music as well as they do. He stated it allows him to perform some of the songs in positions like Jerry Lee Lewis did, such as performing on top of the piano or away from it.

Out of all the songs he performs, Goss said his favorite is "High School Confidential," due to how the song is put together. "It's got a great introduction and a good light show," Goss said. "It's the start of the second set."

Goss said the show's songs are mostly from Sun Records and noted that they are quite authentic. He added that they are done in such a way that the audience can't help but feel the music like they did way back when.

He also said it's a great chance for young people to get a taste of what music from that era was like.

But Goss' experience with Sun Records aren't limited to performing this show. He said in 2010, he got a chance to put together two CDs at Sun Studios with Jerry Lee Lewis' rhythm section.

"The guy who engineered it was Roland Janes," Goss said. "That's the guy that performed a lot of the original guitar licks for Lewis' big hits."

"Good Rockin' LIVE!" will be at the Elks Theatre and Performing Arts Center, 117 E. Gurley St., on Sunday, March 29. Showtime is at 7 p.m. and tickets are $25 for adults, $22 for seniors and $30 for opera box seats. Tickets are available online at www.prescottelkstheater.com or by calling 928-777-1370. Tickets are also available at the door one hour prior to performance.