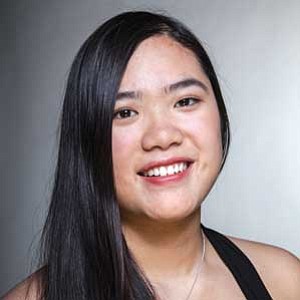 Prescott Unified School District officials are proud to announce that a Prescott High School senior has earned the prestigious Flinn Scholarship. Alexandra Nguyen was notified earlier this month that she will be receiving the award.

When notified, Alexa stated: "I'm just absolutely ecstatic about earning the Flinn. It was a long and tough process, but I'm glad I did it and am very happy with how it culminated."

Alexa will receive free tuition, room and board, funding for study abroad and mentorship from faculty at her choice of Arizona's three public universities. This is the third year in a row that at least one PHS student has won the award. Each year, the Flinn Foundation awards 20 students across the state with this scholarship package estimated to be worth in excess of $100,000.

The scholarship is highly competitive, and the process begins in the spring of a student's junior year. The application requires three essays, a lengthy resume and several recommendations. While excellent grades and test scores are important, other factors including a student's character and extra-curricular activities are considered as well.

The Flinn Foundation is a privately endowed, philanthropic grant-making organization that was established in 1965 by Dr. Robert S. and Irene P. Flinn to improve the quality of life in Arizona to benefit future generations. Today, the focus is on keeping the best and brightest of Arizona's students in Arizona.

In commenting on the process and the support she received, Alexa said, "For as long as I've been a student at PHS, applying for the Flinn Scholarship has been a "tradition." Back in October of this school year, I was encouraged by teachers and two current Flinn Scholars, Cooper Temple and Nikil Selvam, who are both graduates of PHS that I knew personally, to apply. I doubt I would have gotten as far as I did without the help of those two as well as teachers like Shelley Bunch, Courtney Check, Bill DeKemper, Denny Peeples, Sherry Baca and Amanda Chartier. There were two things I knew: the Flinn is very prestigious, and the top students applied for it. So, I was doubtful I would make it very far in the process."

Alexa has decided to attend the University of Arizona's Honor College. "I intend on majoring in a field in biology, and I am specifically interested in biophysics. In line with the Flinn Foundation's goals, I hope to help and improve biological research in Arizona. The financial assistance, and connections Flinn will be able to give me to professors and research opportunities will be invaluable. I was accepted to many other schools, but I can't pass up the value of the scholarship and will be staying in-state."