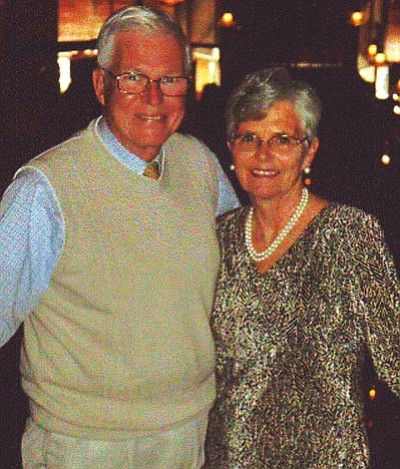 Mr. and Mrs. Sydney Raymond of Prescott Valley celebrated their 50th wedding anniversary on March 6, 2015. The Raymond's were married at the Kingdom Hall of Jehovah's Witnesses in Williamsport, Pennsylvania. They moved to Prescott in July 1966, where Mr. Raymond had taken a job with First National Bank of Arizona. A transfer in 1982 moved the family Flagstaff. Another transfer with the bank in 1985 took them to Bullhead City, Arizona. They were finally able to return to the area in May 2011. Their four children, Gregory (Polly) of Gillette, Wyoming; Kevin (Dawn) of Bullhead City; Lauren (Brandon) Martinez of Mesa, Arizona; and Jared of Phoenix, hosted a family celebration dinner at Murphy's Restaurant. Four of their six grandchildren were able to attend.