No foolin': April 1 brings higher flood insurance rates for some 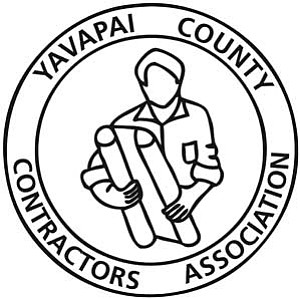 There are changes in Flood Insurance Costs that will take effect beginning April 1, 2015. Implementation of the National Flood Insurance Program (NFIP) reform legislation will brings higher costs for some, and financial relief for others.

According to Clyde Marshall of The Mahoney Group, the increases that are coming will affect the policyholders. For most or all of the flood insurance program the rates for the more flood-prone locations have been subsidized by the less flood prone locations. The rate changes are going to reflect more accurately the perceived exposures and gradually eliminate the subsidy on high-risk locations. "If you want to live in a river bottom, you will have to pay more than the person who lives on top of a hill for your flood insurance," Marshall said.

Flood insurance companies are sending out letters, mandated by FEMA, titled "Verification of Primary Residence Status" for NFIP policy rating. The purpose is to determine if the insured location is the primary residence, which qualifies for preferred rating.

Of you ignore this letter, it is assumed to be a non-primary location and there will be a $250 surcharge on all non-primary policies. If the letter is returned confirming it is the primary residence the policy has a $25 surcharge. To qualify for the minimal surcharge the letter must be accompanied by proof of residency, such as a driver license copy or utility bill. These changes are a direct result of "Section 8 of the Homeowner Flood Insurance Affordability Act of 2014." If you have questions, it is suggested that you reach out to your individual policy representative. Following is a copy of the news release being distributed:

The Federal Emergency Management Agency (FEMA) is implementing additional changes to the National Flood Insurance Program (NFIP) as directed by the Homeowner Flood Insurance Affordability Act of 2014 (HFIAA) and Biggert-Waters Flood Insurance Reform Act of 2012 (Biggert-Waters). Some flood insurance policyholders may see significant increases in what they pay compared to prior years. The biggest increases will affect the owners of some older homes that are not used as the owner's primary residence. The lower, subsidized rates that previously applied to these older properties are being phased out, and policyholders could see an increase of 25 percent, plus a surcharge.

However, April 1 also brings lower initial rates for properties newly shown to be at high risk when an existing flood map is updated. For the first 12 months after the new map becomes effective, owners will be able to obtain insurance at the NFIP's lower cost Preferred Risk rate. After that, premiums will increase over time to reach their full-risk rate.

• Subsidized rates transitioning to full-risk rates. In high-risk areas, properties that were built before a community's first Flood Insurance Rate Map (FIRM) was issued (known as pre-FIRM properties) have long been able to receive subsidized rates that don't reflect the full flood risk. To help make the NFIP more financially strong, Congress directed FEMA to increase these rates to reflect the full risk. There is a cap on how much premiums can increase each year, but there is also an annual surcharge that applies to all policies, which, once added, could drive the total percentage increase higher than the cap.

• More rapid increases for older, non-primary residences. More rapid increases to full-risk rates apply to pre-FIRM homes where the insured lives less than 50 percent of the policy year. The path of 25 percent annual increases began in January 2013; effective April 1 these properties will also receive the $250 HFIAA surcharge. FEMA projects that the average nationwide premium increase including the surcharge will be 37 percent for these homes.

• An easier glide path when flood risk increases. Within the reform legislation, there is some financial relief for property owners who find that when updated flood maps are issued, their home or business is at a higher risk than previously identified (e.g., mapped from Zone X to Zone AE). Starting April 1, 2015, the Newly Mapped Property rating option will allow for the properties newly mapped into a high-risk to be rated with a lower-cost Preferred Risk Policy (PRP) premium for the first 12 months after the new flood map becomes effective. After that, premiums will increase up to the 18 percent a year cap until the property reaches its full-risk rated premium.

• A new, higher deductible. FEMA will also begin offering a $10,000 deductible option for one-to-four family residences, which results in a 40 percent reduction in premium. If a property owner is required to carry flood insurance and wishes to use this deductible, the lender typically must first approve its use.

Remember to tune in to YCCA's Hammer Time twice each weekend Saturday and Sunday morning 7 a.m. on KQNA 1130 am/99.9 fm or the web kqna.com. Listen to Sandy and Mike talk about the construction industry and meet your local community partners and contractors.