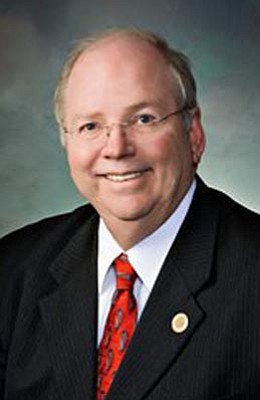 PHOENIX (AP) - The U.S. Supreme Court appears likely to throw out Arizona's voter-approved system for redrawing U.S. House districts, a move that Democrats fear could tilt the state's Congressional delegation to the GOP.

The high court heard arguments Monday, March 2, in a case challenging the legitimacy of the Arizona Independent Redistricting Commission that was brought by the Republican-controlled state Legislature. The court's conservative justices indicated that they think voters can't take away the power given by the U.S. Constitution to elected state legislatures to decide how members of the U.S. House are elected. Some liberal justices also appeared troubled by arguments put forward by the commission and the Obama administration.

The commission drew congressional maps after the 2000 and 2010 censuses. But the latest maps could be voided if the Supreme Court rules that only the Legislature can draw congressional districts. A ruling is expected by the end of June.

A decision against the commission would lead to new maps being drawn by the Legislature, likely this summer. Because Republicans control both chambers, they would likely shift the balance of power more to the GOP. The current maps contain four heavily Republican districts, two Democratic districts and three toss-up districts.

The three toss-up districts went to Democrats in the 2012 elections. But Republicans wrested away the 1st Districts in the 2014 elections by a tiny margin.

"I think you'll see six or possibly even seven heavily Republicans districts if they were to draw the maps," said D.J. Quinlan, executive director of the Arizona Democratic Party. "I think when you look at the two heavily Democratic districts, they're majority-minority districts. They're very compact. It's probably difficult to turn those into Republican districts, although who knows, they might even try that."

Former House speaker Andy Tobin, who attended the arguments, said Republicans just want a playing field that reflects the GOP voter registration advantage in the state. Many in his party believe the most recent commission was politicized by Democrats, he said.

"The reason that this thing got to the Supreme Court has to do with a lot of the public outcry over it," Tobin said. "People looked at what the maps said, and at the end of the day they thought this is just worse - it didn't solve their problem. They wanted it to be done in the light of day, and the Democrats cheated the process. Now they're mad because we went to court."

Neither Tobin nor Republican Party Chairman Robert Graham would say if they believed Republicans would pick up seats. What they do want is what they call "fair" districts.

"The IRC not only took advantage, but they abused the entire process, in the way they coordinated with the Democrat Party and other people that were interested in the Democrats packing Republican districts," Graham said. "And then making it so that we would have a very difficult time even competing in districts like CD1 and CD2."