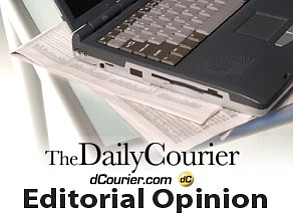 Yes, the Republicans disliked the state redistricting process so much they went to the highest court in the land. What does this mean?

After each U.S. Census the state re-draws its congressional maps. Ahead of the 2000 Census, Arizona voters approved the Arizona Independent Redistricting Commission. Recall the fervor over some of the redistricting commission's 2010-11 actions: allegations of redrawing maps overnight without input; how some members of the commission were picked - or more clearly, what of their resumes was not disclosed; and how the maps changed dynamically across the state.

Most of Yavapai County ended up split away from its congressman's hometown as a result of the new decennial redistricting maps, which also greatly affected state legislators' districts, particularly in the Verde Valley.

The legislative and congressional maps were approved by the Arizona Independent Redistricting Commission Dec. 20, 2011, and later reviewed by the U.S. Department of Justice.

None of the above sat well with the state GOP.

The result? The U.S. Supreme Court, which is expected to rule on the matter in June, could toss Arizona's voter-approved system for redrawing U.S. House districts, which impact the state Legislature as well.

According to the Associated Press, after arguments Monday, March 2, the court's conservative justices hinted they think voters can't take away the power given by the U.S. Constitution to elected state legislatures to decide how members of the U.S. House are elected. And, a few liberal justices appeared troubled by arguments put forward by the commission and the Obama administration.

The case clearly has the court leaning toward the GOP's side. Yes - again - the latest maps could be voided if the court rules that only the Legislature can draw congressional districts.

In 2011, Redistricting Commission Chair Colleen Mathis said at a hearing in Prescott Valley, some people will always be happy with the maps and some will not. "We will all still be Arizonans," she told the crowd.

That depends on how unhappy they are, however - unhappy enough to go through the lower courts and, ultimately, to the U.S. Supreme Court?

Former House Speaker Andy Tobin, who attended the arguments Monday, told the AP that Republicans just want a playing field that reflects the GOP voter registration advantage in the state. Many in his party believe the most recent commission was politicized by Democrats, he said.

"People looked at what the maps said, and at the end of the day they thought this is just worse ... they wanted it to be done in the light of day, and the Democrats cheated the process. Now they're mad because we went to court," Tobin said.

Should the high court toss the maps, state lawmakers would have to re-draw them this summer. Pointing out that the legislature is dominated by Republicans, neither Tobin nor Republican Party Chairman Robert Graham would say if they believed Republicans would pick up seats as a result.

"I think you'll see six or possibly even seven heavily Republicans districts if they were to draw the maps," said D.J. Quinlan of the Arizona Democratic Party.

What Tobin and Graham want is "fair" districts, they said.

What this means is, if the GOP wins this case, it will be a long, difficult summer - something that has been waiting to happen.