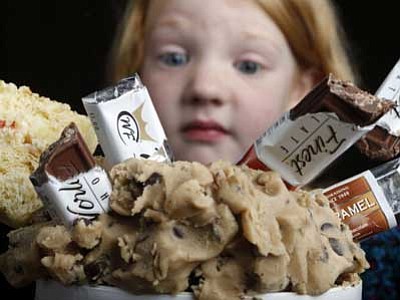 Hello Simply Fit readers. The new Arizona School Superintendent Diane Douglas recently stated that she wants to exempt school fundraisers from the Snack Standard for school fundraisers because she feels the rule is an overreach of our governments authority. She stated that "forcing parents and other supporters of schools to only offer federally approved food and snacks at fund-raisers is a perfect example of the overreach of government and intrusion into local control."

She also said: "I have ordered effective immediately, that the ADE Health and Nutrition Services division grant exemptions for all fund-raisers for both traditional public schools and charter public schools."

What I find troubling is that in the media, we are always hearing about the lack of the nutritional integrity in school meals, which is far from true; yet, now we are going to deliberately and methodically sell junk food to our children with no holds barred. What message are we sending to our children? Don't eat school lunch but here is a dollar so that you can buy a snow cone. It's crazy!

Where has common sense gone? Doesn't it make more sense to provide sensible funding to our schools so that these fundraisers are not necessary? Doesn't it make more sense that as parents, we want junk food to be given to our children as a treat, not as a nearly every day occurrence? Why does the government get to tell my kids that they must take a half cup of fruit or vegetable at lunch, even thought they may not want it. What's next?

Arizona's schools are at the bottom of the list when it comes to funding. Let's focus on the big picture instead of deflecting the issue to snow cones.

If you would like to be a part of the solution, contact your school's wellness committee or school health advisory council. A wellness committee is made up of parents, students, teachers, community members and anyone else who is interested in the wellness of students. This committee has an important role in your child's school wellness policy.

If you don't voice your opinion, someone will speak it for you.

Editorial: Legislators should not bend the rules
Smart snack standards ~ are they good for childhood obesity?
School officials to Douglas: We need more money
7 candidates jockey to be next Arizona schools chief
Schools chief calls for tax hike, pay raise for teachers