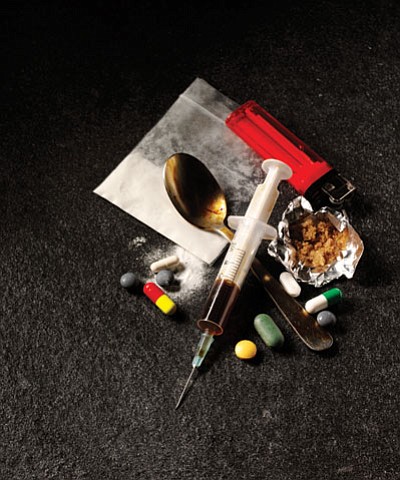 PHOENIX (AP) - The House gave initial approval Thursday to equip first-responders with an antidote for heroin and prescription painkiller overdoses. But the Arizona Department of Health Services said it already approved the medication for use by emergency medical technicians and paramedics.

Rep. Heather Carter, R-Cave Creek, said her bill, which awaits a formal vote, would allow EMTs and police officers to administer a drug known as Naloxone, sometimes called by its trade name, Narcan, to victims of opioid-related overdoses.

The Arizona Department of Health Services said it already approved Naloxone in early February, though EMTs and paramedics haven't begun using it yet, said Dr. Cara Christ, chief medical officer. "With the increasing opioid epidemic, I think this is a great intervention and can prevent bad outcomes," she said.

Regardless, House Bill 2489 would still authorize police officers to administer the drug. It would also exempt officers as well as paramedics, EMTs, doctors and nurses from liability for using the drug to stop an overdose.

The Professional Fire Fighters of Arizona said it supports the bill, but it has concerns it would require police officers to administer the medication even if they aren't qualified, said Tim Hill, a representative for the association. "We don't want to force upon them the duty to act," he said.

Still, Hill said he believes it's important that first-responders are able to use Naloxone. "It is one of those few very miracle, instantaneous results types of drugs that can save lives," he said.

Carter said her bill would provide Arizona's first-responders the tools they need to save people at a time when an increasing number of residents are overdosing on opiates.

Nationally, drug overdose rates for opioids, benzodiazepines and amphetamine-like drugs have more than tripled since 1990, according to the U.S. Centers for Disease Control and Prevention. Between 2008 and 2012, more than 350 people died as a result of heroin and other opioids such as morphine and codeine in Arizona, according data from the Arizona Department of Health Services.

In contrast, nearly the same number of people -328- died from overdoses related to prescription opioids in the state in 2013, according to the latest Arizona Department of Health Services data.

When a person overdoses on heroin or prescription painkillers, their breathing can slow and eventually stop, causing them to suffocate. Naloxone works within minutes to block the body's opiate receptors and revive overdose victims.

Several other states around the country - including New Mexico, Ohio, Pennsylvania, New Jersey and Kentucky - have begun to allow officers and EMTs to use Naloxone to revive victims overdosing on opioids.