The World's Oldest Rodeo is back! 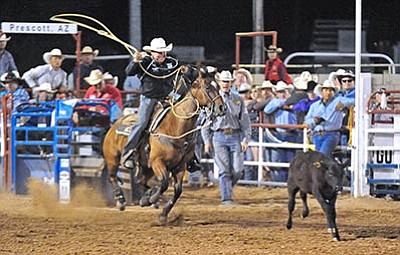 "He's undoubtedly the most talented timed-event cowboy that's ever been," Trujillo said.

And while it's still relatively early in the 2015 season, Brazile just keeps cruising along. The tie-down roper, team roper and steer roper has already taken home all-around buckles at six different rodeos this year and leads the all-around world standings by a hefty margin.

Brazile will compete here on Monday in the single steer roping, Trujillo said, and come back and rope on Wednesday night. He's also competing in the team roping as a header with heeling partner Patrick Smith on Saturday.