Officers find two stolen vehicles, but suspect gets away 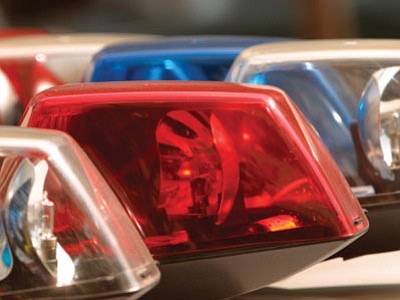 PRESCOTT VALLEY - A police officer and a sheriff's deputy each found a stolen vehicle the night of Monday, June 22, but at least one suspect got away.

About 9 p.m., a PVPD officer responded to a call for shots fired in Granville. While he was checking the area, he saw a truck about 200 yards off the road in a field, according to PVPD Sgt. Jake Jackson.

The officer learned that the truck, which had a motorcycle in the bed, had been reported stolen earlier in the evening from a home in the 4100 block of Aberdeen Lane, Jackson said.

He added that the truck had last been seen in the owner's driveway and that keys had been left in the truck.

The motorcycle was missing. It was spotted by a sheriff's deputy, who had tried to stop it for speeding and no headlight, but lost it, said YCSO spokesman Dwight D'Evelyn.

A few minutes later, the deputy heard a PVPD dispatch call about the missing bike, and then found it in a ditch.

The deputy talked with a man at a home in the 3000 block of Queen, who said the rider had hit his vehicle, and when he tried to leave the scene, the suspect struck the man in the face and drove off, D'Evelyn said.

The victim followed the suspect with his truck, saw him crash the bike in the ditch and run.

The suspect got away and the man he hit was unable to give a "workable description," D'Evelyn said.