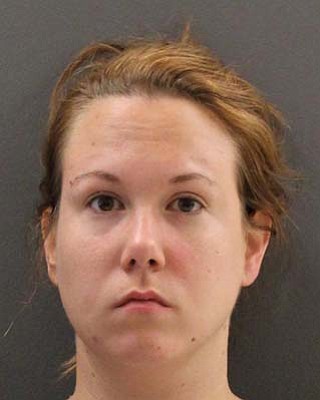 CHINO VALLEY- Police arrested a couple Monday, June 15, after they took a car for a test drive, then failed to return it promptly, a CVPD spokesman said.

Jonathan Graham, 27 and Kyrie Graham, 28, both of Paulden, went to a car dealer in the 1600 block of North Highway 89, at about 11:15 a.m. and took a car for a test drive, Lt. Vince Schaan said, but when they didn't bring it back in about an hour, the dealer reported it stolen.

When police checked the couple's record, they found an outstanding warrant for theft of a motor vehicle in Utah, he said.

Officers found the "borrowed" vehicle as it was pulling into the Safeway parking lot off Highway 89 at Road 2 South at about 12:40 p.m.

The two were booked into the Camp Verde jail on fugitive from justice warrants, Schaan said.

The investigation into the local theft charge is still ongoing, he added.