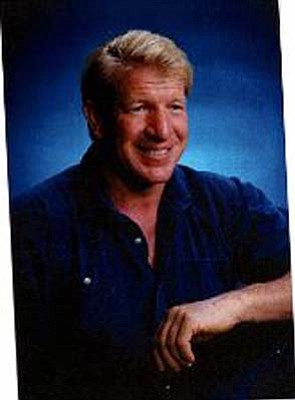 Ronald L. Thein Jr., 55, passed away at his home on June 10, 2015 after a courageous battle with cancer. Ron was born in Kansas City, Missouri, on December 7, 1959, to Ronald and Carol Thein. The family settled in Prescott, Arizona, in 1969. Ron attended Sacred Heart School, Mile High Middle School, and graduated from Prescott High in 1978. After high school, he took off to work in the Texas oil fields before returning home to work in the construction industry. He was an accomplished craftsman and loved working with wood and concrete. He co-owned Concrete by Design, with Boh Golosewski and John Thein for the past 20 years.

He was the oldest of seven children all from Prescott. Ron was preceded in death by his father, Ronald L. Thein Sr. He is survived by his mother Carol Thein; brothers, sisters, and their families; Boh & Linda Golosewski; Daniel Thein; Thomas & Nicole Thein; Donald & Diana Willis; Heath & Amy Thein; and John & Katrina Thein; and his nieces and nephews Jayce & Shay Golosewski; Trenton, Tucker & Riley Thein; Katelyn, Kelsey & Lindsey Thein; Forrest, Sawyer, Brynn & Trace Thein; Justin & Trevor Kyalla; and Madison & Cade Thein. He has many dear friends and will be remembered by his smile.

The family wishes to personally thank Terry & Kathy Vallely, Bill & Tim Vallely, Butch Hampton, Granite Mountain Hospice, Father Dan, and all of his friends and neighbors for their love and care. He was surrounded daily by family and friends right up until his final day.

The Funeral Mass will be held on Wednesday, June 17, 2015, at 10:30 a.m., at Sacred Heart Catholic Church 150 Fleury Ave. immediately followed by the reception below.

A private burial will be at the Pioneer Cemetery.